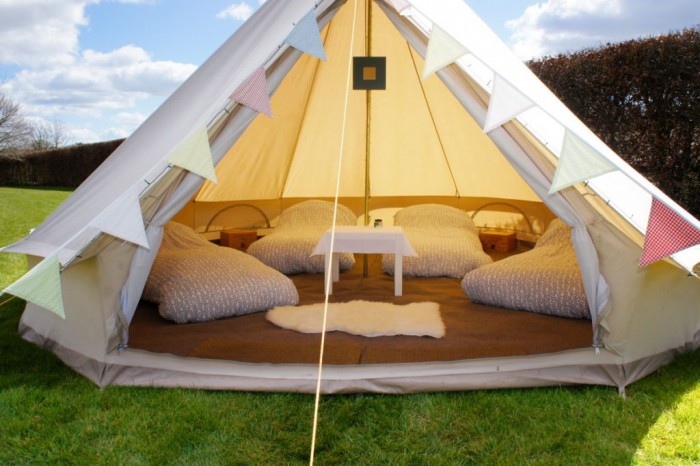 Almost 6 months left until the largest in Russia open-air music "the INVASION of 2020"announced by the organizers of the "carnival" the Main adventure of the year. In addition to costume variety on the field in the Big Zavidovo will appear and a new concept of comfortable accommodation – glamping.

Some people call glamping, luxury camping, some glamorous camping. In any case, this housing is designed for a truly unique and memorable stay. To book a stay in this premium tent hotel on "the INVASION of 2020" is already possible today. The price includes: beds with anatomic mattresses, floor mirror, dresser, coffee table, lighting glamping, socket 220v, set of tableware, personal hygiene products.

We remind you that the festival will traditionally have the tent cities, each of which was named in honor of the legendary rock clubs: "Leningrad", "Moscow" and Sverdlovsk". For tents and passage camping you need to buy tickets categories: "Input", "FAN" and "VIP". In addition to the entrance and camping tickets for "the INVASION of 2020", don't forget to buy tickets to one of the Parking lots.

"NASHESTVIE" is the biggest national festival under the open sky, is the largest and most visited annual festival in Russia and CIS. Held since 1999. Founded by the radio station "NASHE Radio".

"INVASION" is a multi – format music non-stop, is a place where legendary, and young performers.