The legendary project of OUR 2.0 launches competition for new talents! 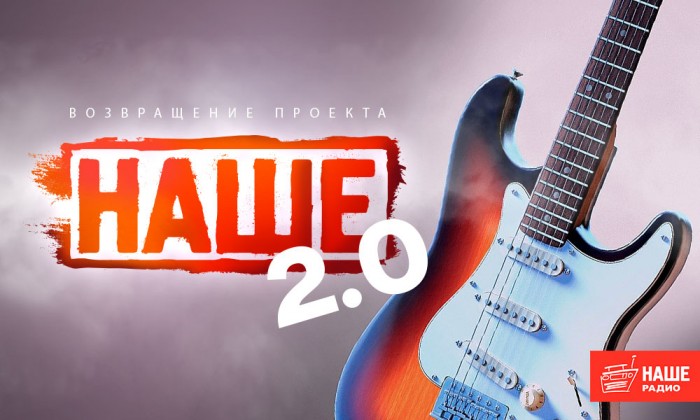 Photo source:
the press service of the radio

"OUR Radio" - one of the few radio stations in Russia, which gives you the opportunity to Express themselves to young musicians. Thursday, February 6, the legendary project "OUR 2.0" returns to the air of "Nashe Radio", where the permanent leader Igor Sedov will present the contenders for a place in the sun on a musical Olympus.

The future of Our music depends on You! Send the work of any musicians tell about the possibility to get on the air. If You are a musician, attach your tracks in the comments to a special post Vkontakte. Each week the audience will be presented with the "Troika" of the best tracks that you can vote on the website OUR.ru. The winner who receives the most votes will be in the Grand final!

"NASHE Radio" selects the most interesting songs artists and offers Our students to evaluate them and determine the most interesting track. Thanks to the project "OUR 2.0" a huge number of musicians appeared on the air of "Nashe Radio", forcing him to talk about himself after a speech at the festival "INVASION". Thus, "OUR 2.0" was opened at the time groups such as "Refining" and "Goodtimes".

To get on the young musicians is very difficult. We give you the opportunity to not only be heard, but also expect to find new talents, who will perform in the line-up of the biggest music festival of Russia under the open skies "the INVASION of 2020".

Let us work together to determine the best! Details on air of radio station and www.nashe.ru. Any new group will be able to Express themselves, by participating in the voting. Don't be afraid to be heard, OUR listeners are waiting for Your songs. Don't miss the first issue of the new season of "OUR 2.0"