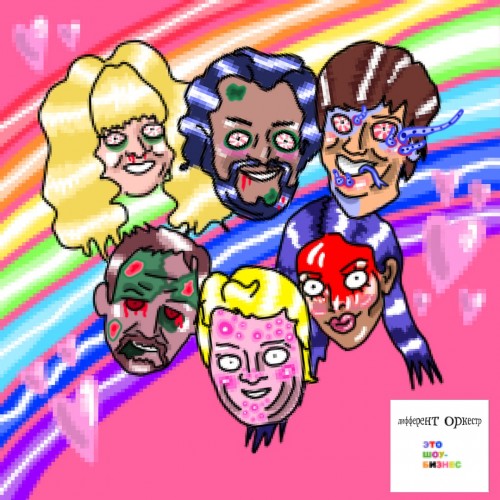 Released from specialized metal medium Michael (Orcus) Ryabov, the leader of the group Mordor launches side-project. It's called "Trim Band" and called it that is called "push nevpihuemoe" and to unite the impossible. Faithful to the style - a sweet deal, but why stop at one thing, when the world is beautiful in its diversity? Apparently, Michael is guided by that motto by engaging in a violent musical experiments. And as willing to participate in the Orgy were enough, then output "Different Band" is a hellish mix of genres and artists. A kind of mix of music and guide her. The first track of the project is ready. However, it is unlikely that students will be able to evaluate him on the next album. Eclectic, sir!

The song "Orchestra" - "This is Show business" -it's as if you were doing Christmas decorations ... from radioactive isotopes. From the usual "Mordor" in musical terms, it was only the roaring guitar in the choruses. But there is - Julia Kogan on backing vocals , subtle irony, puns and hilarious banter like that -"Different".

But fans of the underground can't survive, nor the fashionable recitative, is justified by the context materac - do not mean bias in commercial music. Moreover, in the creation and recording of this work was attended by the mastodons of the group "Alisa", which gives the song a distinctive weight and sound, but the names of the future partners of this musical crime were not disclosed. More exciting surprises!