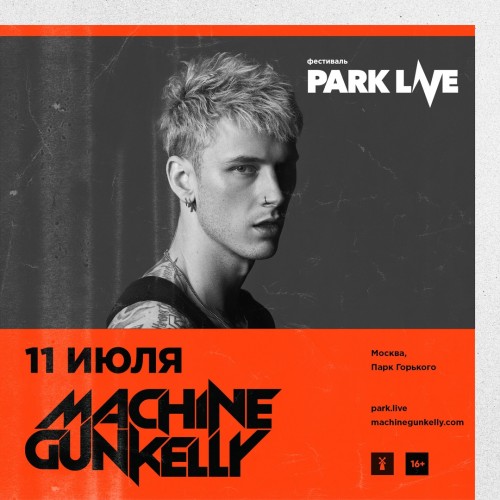 American rapper Machine Gun Kelly will perform at the Moscow festival Park Live Gorky Park 11 July 2020. The artist will return to the capital in less than a year after the previous concert in September of 2019, he was in "Glavklub Green Concert" with the presentation of the new album "Hotel Diablo".

The present Machine Gun Kelly concert will be held in the first weekend of the festival Park Live. On the same day, viewers will also be able to see and hear the bands My Chemical Romance, Sum 41, Neck Deep and Creeper, and July 12 – Deftones and Refused.

The second part of the festival will be held in the Park, "Luzhniki" a week after the first and will cover three days, from 17 to 19 July. In those days there will be concerts by Placebo, Yonaka (July 17), the Killers, Don Broco (18 July), as well as Offspring, VolBeat, Zebrahead, Frank Carter and Rattlesnakes.