LASCALA at "the Arena" 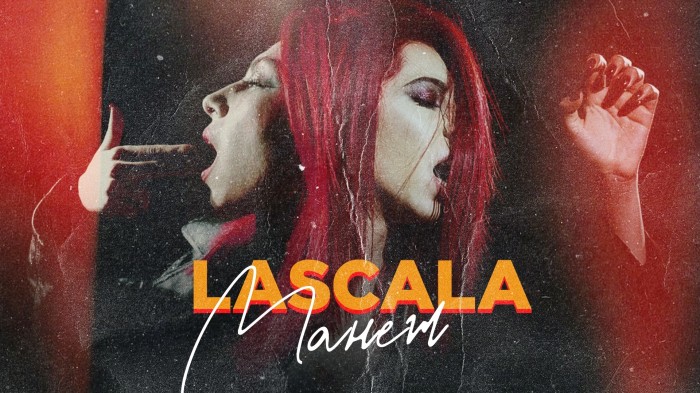 17 Feb major Latin rockers of the country - группаLASCALA - presented a new video for the song Agonia from album"arena." The author and performer of the title role was the lead singer of the band Anya grin.

"I wanted to tell my story. One. Using as effects only the emotions and the ridiculous movement of his own body, which was given extemporaneously in the course of the play, - says Anya. - I roared, losing my mind, trying to find a balance, but ultimately punished himself by a bullet forty-five caliber. I like Arthouse and something crazy that's like the opposite of creativity LASCALA. I can say that I'm happy, because the picture out of my head with perfect accuracy moved on the screen."

The Director and operator of the video was the Volume Spirina, which LASCALAуже worked on the video for "Fool of the North". Makeup was engaged Irina Reuoy, trash and Arthouse added Anton Bodunov, and clothes for all the images provided a well-known designer Artem Bakhtin.

Almost simultaneously with the album Adopables acclaimed film "Joker". And fans immediately drew Parallels. However, the work on the song began the year before. It turned out that similar visual images soar on both sides of the ocean.

"The trouble with this song inthe album, and the movie Joker was released with a difference of a couple of days. I had to explain to the audience that my fool has nothing to do with the Joker. I hope that with this video I can prove it once and for all, says green. -The song you need to listen between the lines and not take every word literally, I love playing with metaphors, but in this track I have reached a personal peak."

In the updated arrangement of the song will be part of the acoustic album LASCALA, presentation of which will take place in two big solo concerts in Moscow (March 21, club "16 tons") and St. Petersburg (March 28, AkakaoLiveMusicClub). The record will appear on all digital platforms, so the unexpected sound of the track will be able to assess not only the residents of the two capitals, but fans around the world.

The link to the clip: https://youtu.be/9jL7wxjBmdM

Tickets for the acoustic show: https://www.lascalaband.ru/acoustic