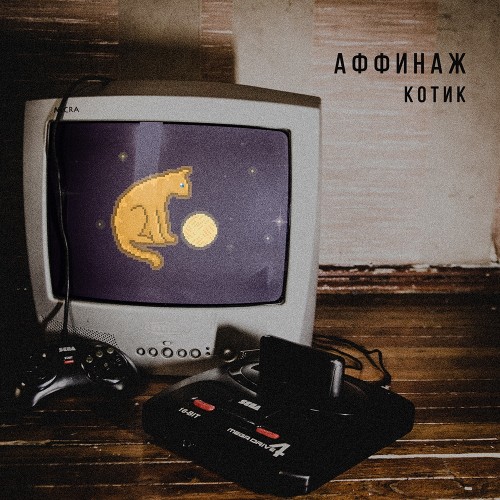 February 25, the St. Petersburg group "Refining" has released a new video for the song "Kitty" in the format of the simulator of street fighting game. The song is included in the new album "Past. Wounded. Killed", the release of which is scheduled for March. The album was created as musicians (Em Kalinin - lyrics, music, vocals, guitar; Sergey Sergeyevich - bass, backing vocals; Alexander Krukovets - accordion, backing vocals, arrangements for strings; Sasha Om - trombone, keyboards, backing vocals, sound design), and one of the most sought after session musicians of St. Petersburg, the drummer of group "the Pole" Anton "Simba" Novikov.

"If you exaggerate and consider the song in isolation from the landscape of the narrative, I'd say it's about a self-fulfilling fear of total loneliness - says the team leader Em Kalinin. - You know those horror stories about the lonely crazy town, whose close friends only half-dead flower in a pot. And the flower definitely has a name. Or doomed to a cold death of the sick hobos with mutts satellites or conjunctivitis kitten in the sleeve shapeless jackets. Once, perhaps, they had the house, were relatives. And the kitten might have been even a bowl for milk. Against the background of these pictures, the phrase "the Land from under the feet... Remember me, kitty." acquired for me a nightmare fatal enthusiasm".

The video is made by a group friends from the Studio "Yes": Maria Dubrovina, Yuri Yakubov. Mary and Em was already familiar earlier, but in a different role - a few years ago Dubrovin took the leader of the group "Refining" singing lessons that the team members considered it a great mark.

"It is noteworthy that cat at the end is just a cat. The cat in the mask seal. This is another "Easter eggs" for people, plainly perceiving the text of the song says Em. For example, I know that some perceive the phrase "Remember me, kitty!", as a lisping communication between the lovers that litter the vanilla names of animals with diminutive suffixation to each other. To see all the love ninetendo is even good, because everyone sees what he wants. I wish you all love, but Kotick is Kotick. For me, in my own interpretation of the words of the chorus of a monstrous and creepy".

Song "Pussycat" was written in 2014 and is among the three most favorite songs from the new EMA album. To hear the disc fans of the group will be able in March. In addition to release on digital platforms group presents the album as part of the tour, which kicks off March 18 in Smolensk and includes 29 towns. In Saint Petersburg the concert will be held April 15 at the Opera Concert Club, and in Moscow - on April 24 at Crystal Hall.