Presentation of the debut album "Moorage" 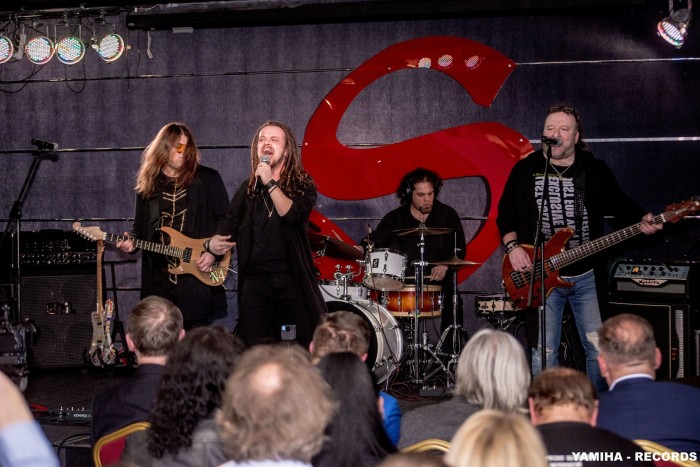 Recall, the rock band released the album "the Principle of everyday schemes" on the label of the Moscow City Records 27 December 2019. The main authors of music and texts were: musician, member of the Union of composers of Russia Mikhail Men, the poet and composer Yuri Stozharov, and musician, known for his work in many top projects, the bass guitarist and backing vocalist of the band "Manaraga" Dmitry Mealybug.

CEO of the label, a well-known guitarist Dmitry Thursday opened the evening. He spoke about Moscow City Records and the first draft of "turnkey" in – group "Manaraga".

Lead singer of "Manaraga" Ivan Zhukov told reporters on the choice of the name for the album: "it was important that the name reflects the essence of songs from the album. The inspiration of all songs surrounding the world, is familiar to many. Sleeping areas of life, but everything is permeated with romance, complex relationships, all of this sometimes looks like a scheme. So we get the basic principle of life – "the Principle of everyday schemes".

Guests saw a powerful live concert of the rock group "Manaraga" at the concert hall of the Producer center Igor Sandler.

After the speech, Dmitry Thursday he shared his emotions on the pages in social networks: "it Was driving, guys were fried so long did not cease the discussion after this inspiring speech. Overall, the evening was a 100!".

As told by bass-guitarist Dmitry Bug, now the team plans to actively engage in the development of social networks, development of fanbase and promotion of the album. Will not stop, of course, and creativity. The musicians are working on two singles, there are new ideas that I want to make!