Abraham Russo and SEDA landed in a Love Story 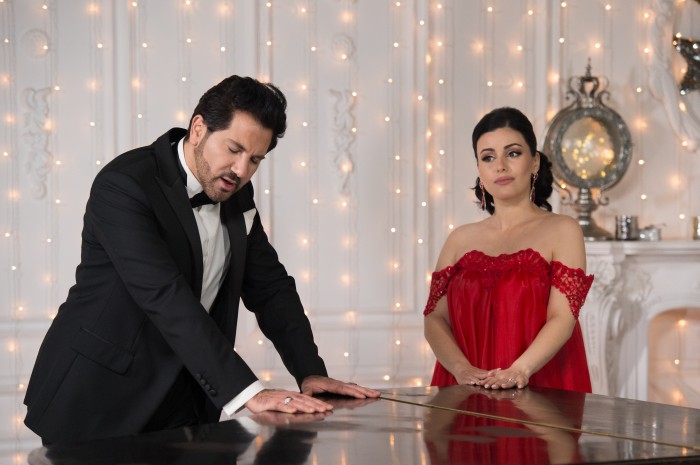 Popular singer Avraam Russo, seems to have found his new Muse – a mysterious woman by the names of SEDA. Under the pseudonym works and is a talented Armenian singer and songwriter Seda Baghdasarian. Rousseau and SEDA first recorded the song Love Story, and then very quickly took the eponymous video, the premiere of which took place recently in the Internet.

Why the artists did this so rapidly, it becomes clear from the first frame of this surprisingly concise and infinitely gentle video: SEDA is expecting a child. "The video we shot in December, I was already five months pregnant, so we were in a hurry, – says the singer. – Not wanting to lose that wave, which we already caught once in the Studio for the recording of the song Love Story!"

Abraham Russo and SEDA met with the composer Arsen Kasiev, with whom Rousseau had a long history of friendship and cooperation. "Arsene said there is a magnificent song he wrote for Seda and asked if I would be able to support it. I achieved something in this life and may already be helpful to another artist. We recorded with a Gray song, shot a video and continue to operate. It is really a very gifted singer and, by the way, is no newcomer to the music world: she had a great education in her Luggage many wonderful songs and videos. So aspiring singer I would Say not call".

Seda herself from work with a famous artist was ecstatic: "Abraham is a very easy and comfortable to work with. Thanks to him for professional advice which helped in recording a song and filming the video!"

BandLink invites musicians to SoundCheck
On December 17, the service for artists BandLink will hold the first SoundCheck
Temiko 16 hours ago