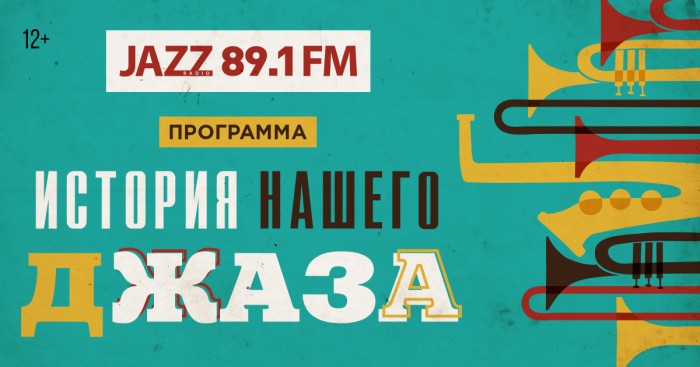 Radio JAZZ 89.1 FM launched a new project "gold" of the series "History of jazz" with the celebration of the anniversary of Leonid Utesov - master of the Russian platform, one of the pioneers of our jazz music, which became the voice of generations. Having lived a difficult, but also fun and beautiful musical life he was a hero of legends and anecdotes. The funniest stories and the most emotional and sometimes mysterious history will feature in the debut program on Radio JAZZ 89.1 FM.

Program Director of Radio JAZZ 89.1 FM Dmitry Khokhlov tries to capture the mood and intrigue the listener: "We as promised will delight incredible music of the past and the unique music of the present. Jazz so much that the main thing - do not be tempted to counterfeit and to maintain the style. You need to be interesting and we will try. May traditional jazz began to listen less. Appeared direction, which can be attributed to jazz and they are very popular. So, no matter where and how much. It is important what and how."

Leonid Utesov (real name Lazarus, Wasburn) was born 22 Mar 1895 in Odessa. Studied at a commercial College Faig, where he was expelled for poor academic performance and low discipline. In 1909 the young men worked in a traveling circus, learning to play the violin. In 1912 he entered the Kremenchug theater of miniatures, then took the stage name "Rocks". In 1917 in Moscow organized a small orchestra

performing at the garden of "Hermitage". In 1928 during a trip to Paris, first heard professional jazz musicians gathered and began to prepare a jazz program. In 1961, at the age of 66 years decided to leave the scene.

Radio JAZZ 89.1 FM is part of the "Media holding" along with radio stations such as NASHE Radio, ROCK FM, ULTRA and channel OUR TV, information Agency "national News Service", recording Studio VINTAGE RECORDS STUDIO, Agency "ULTRA PRODUCTION" and part of it a plant for the production of vinyl records "Vinyl records".