NIGHT OF THE FOOLS.THE PREMIERE OF THE FILM 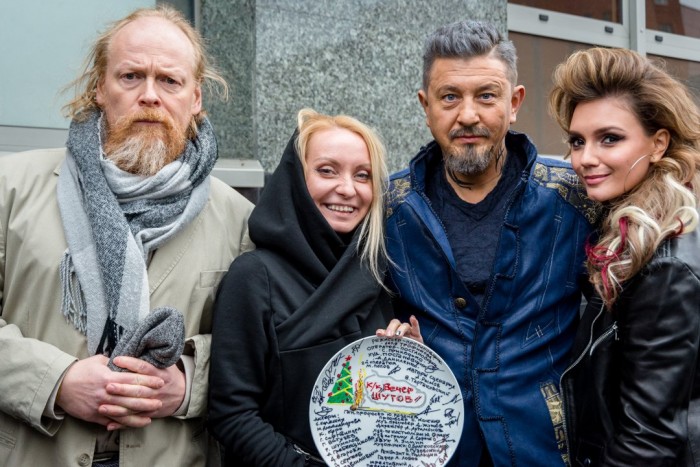 The production of the film "Up"

The film is set on December 30, the day before the new year

The shooting took place snowless winter of 2019-2020. Snow fell only once, when filming the trip Zina and Stella in the cab, making this dramatic episode special surroundings

To give the desired atmosphere and dynamics, part of the scenes edited music video Director Anton Trushnikov

In the final scene starred contestant on "the Voice" and "one to One" (the fifth season) Marie carne. There is the song "Heaven help us" performed by Soso Pavliashvili, which he co-wrote with Dmitry Zhukov, a few years ago. She "lay" and waiting in the wings, in her account participated the music school-Studio "Fasol Media School"
сосо павлиашвили, вечер шутов
kat