Radio prepares for the loss of the cities and employees 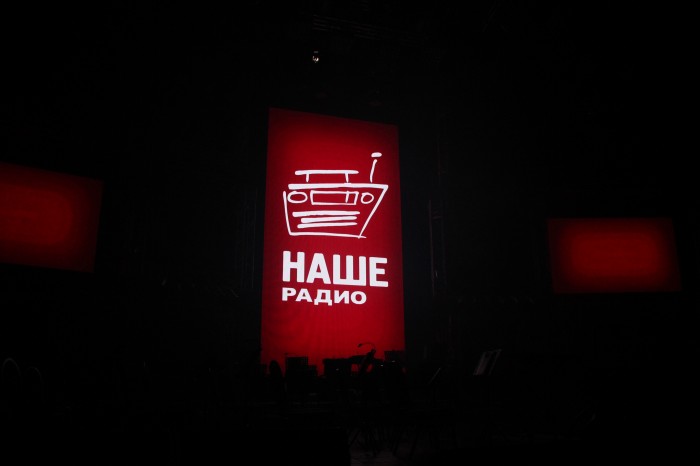 Material duplicated from the website of the national news service NSN.FM.

Vice-presidents of the Russian Academy of radio (RAR) Julia Golubeva, Yuri Kostin and Alexander Polesitsky made an appeal to the Ministry of communications, which explicitly said about the coming bankruptcy of the industry.

"The crisis threatened to bring down the media industry: entire industries out advertising, revenue from which is the main source of income for all media, and for some almost the only one. Thus, according to experts, the estimated decline in the advertising market amount to 30-50%, while the share of advertising revenue in the income structure of holdings is from 70% to 90%", - stated in the text of the appeal, which is in the possession of NSN.

For the cost of the spread signal are the second largest cost item after wages, remind RAR. In the pessimistic scenario of development of events, most radio stations in Russia will not be able to fulfil the commitments that will lead to the reduction of the broadcast area national stations, suspension and mass suspension of broadcasting local stations specified in the address.

As it became known NSN, besides access to the Ministry of communications, the radio station appealed to the FSUE "Russian television and broadcasting network" (RTRS) to provide a 50% discount from the current cost of services for the distribution of the signal for all FM stations of the Russian Federation for six months.

To avoid mass defaults and dismissals of employees of radio companies, will help a list of 15 priority actions listed in the letter to the Ministry. Among them, the abolition of exit and counter tax audits until the end of the year, tax breaks on insurance premiums, income taxes and VAT, property tax, deferral of payments until the end of the year, change the order of calculation of income tax and other measures. It is also proposed to oblige state companies to purchase ads only holders of "advertising assets", without intermediaries in the face of advertising agencies.

The authors of the address remind that the broadcasters are doing strategically important work – educating the public around the clock, which is especially important and necessary in the circumstances.

To comment on an appeal to the state for help and to tell about the real situation in the industry, NSN appealed to the heads of the leading Russian radioholding, uniting more than 30 radio stations.

The General opinion of top-managers – the process of the fall has just begun, but further it could be worse:

"On the situation in the industry is difficult to say now so uncertain situation. Uncertain in the sense that no one yet knows how many will continue this fall radio market," he said in an interview with NSN Yuri Kostin, General Director of "GPM" Radio (includes nine radioblende: Avtoradio, RADIO ENERGY , Humor FM, Radio Romantika, Comedy Radio, Like FM, Relax FM, Children's radio, "Echo of Moscow").

Yuri Kostin confirmed NSN facts "isolated cases of withdrawal of advertising campaigns", but, in his words, "the GPM Radio" the fall of advertising revenues have not yet accepted landslide character. More revealing were his colleagues from other radioholding.

"The current situation is very complicated, and of such we've ever had. Payments from counterparties for services rendered to us in the first quarter, ended three weeks ago. I confess that we have serious shortage of funds. The contractors ' debts for the services rendered to us in 2019, are going to be very difficult. A small piece of the advertising pie, which was distributed in favor of the radio, in the first quarter of this year, not just imploded — I have the feeling that he was lost, lost tangible boundaries and ceased to exist. Advertisers EN masse to withdraw an advertising campaign because stopped their activities: tour operators, airlines, entertainment, public catering", - says Yulia Golubeva.

"Some have completely stopped the payments from advertisers. Many items fall up to 90% of the targets. I will say more, the lion's share of the advertising campaigns that were planned for April is now in limbo, and the advertiser can understand.

"The year has begun, and the first quarter closes, we have, at least, not so bad, despite the pessimistic forecasts. But with the introduction of restrictive measures, put it on the economic crisis, the situation became heavy. Yes, listen to the radio steel, even being in the remote access, not less, and in some age groups more than before. But advertising revenues, of course, dramatically go down. At year-end figure minus 50% may be achievable. A little easier it will be to strong stations... In General, the future depends on how long the restrictive measures and stop the business, not to mention the oil prices and other macroeconomics", - said Alexander Polesitsky.

Radio for the first time asks for help

According to the respondents NSN market participants to cope with the erupting crisis, radio stations can only help the state:

"If we want to preserve the industry, which today listening to tens of millions of people every day, we definitely need to cut down expenses on payment of the transmission signal. Current prices in the collapse of the market to survive, especially to most small broadcasters will be difficult.State organization RTRS spreading the signal, can reduce prices only after receiving the state subsidy, which is unlikely. Palliative measures: reduction in power, reduction of hours of broadcasting, the deferred payment somewhere will be useful, but on the other hand, deteriorating terms of broadcasting with the aim of saving will have a negative impact on the audience. Of course, we need urgent additional action. Deferral of payment of taxes, lower premiums - this will allow you to avoid extreme measures such as layoffs, and will help radio survive," - said on the NSN first Deputy General Director of the European media group Alexander Polesitsky.

"We could help the early adoption of all those measures, which he said, in supporting small and medium businesses and enterprises, which are strategically and systemically important", - said the General Director of Krutoy Media.

Yuri Kostin also believes that assistance is necessary to achieve in the first place not from RTRS, namely from the state.

"The most hopeless, I think, is to ask for a reduction of tariffs from their colleagues, which provide you the broadcasting. This means that we will go around the circle and let each other to kill. Here need help from the state, it must support a radio that was always on the side of common sense. Radio is the most reliable method of information delivery. We need help in reducing the tax burden," said NSN CEO "GPM Radio".

About upcoming layoffs at its radio stations top managers while talking gently. But do not hide that are on the verge of massive layoffs in the industry. If the state does not shoulder the broadcasters, the industry itself is unlikely to cope — it will be about survival.

"How long will [the industry], I is hard to say. It would be pure speculation, because we do not know the depth, severity and duration of the current situation. But if current trends will last more than 4 months, I think that 2020 will survive far away from everything," - said Alexander Polesitsky.

"What does it mean to survive? To work and provide audience quality content in such circumstances we will be able three months, no more," predicts Yulia Golubeva. How many people in her holding may be short after the crisis, the CEO chose not to clarify, but NSN has reminded that in 2008-2009 the reduction in the average market reached 30% of the staff.

However, to keep employees is the main task of radio in the crisis, said Yuri Kostin: "On the radio the most important capital is the people! Need to save professionals. Abbreviations should be avoided by any means".

Agree with him and Yevgeny Kiselyov: "We are actively working on now, all the negative scenarios. And a reduction in staff is what we come last. This extreme frontier. I hope everyone will help us to resist, and then we will recover themselves. Radio, unlike television never had government subsidies, but now we need one-time assistance, and we hope to get it".

According to Kostin, the crisis radio usually suffers more than other media, but recovers quickly.

"In a situation with epidemic of the coronavirus and panic in the society, radio is an incredibly current and even strategically important media. The world will never be the same, but radio as the most adapted way to transfer practical and musical information all the more surprise. I have a feeling has arisen in recent weeks. Therefore, even under the most unfavorable circumstances, radio as an industry is not going anywhere. But, many will be forced to leave the market", - concluded the General Director of "GPM"Radio.