Testament - clip "Children Of The Next Level" 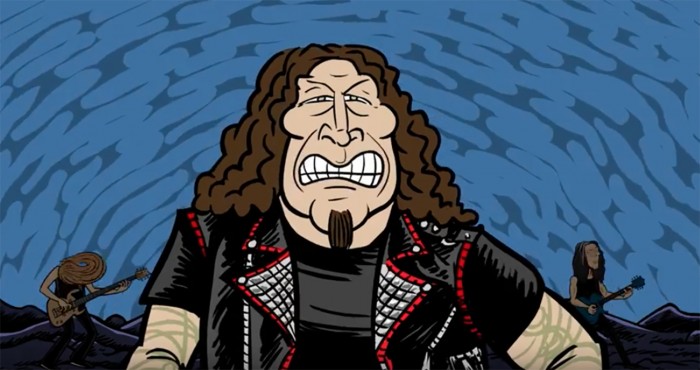 A promotional video was created by Balázs Gróf with the participation of frontman Chuck Billy and co.

The singer said: "Being so busy touring, we were unable to schedule a video and thought I would try something different, and came up with a stunning animated video for the song Children Of The Next Level".

"We thought it would be a good visual story. On creating an animated video takes a lot of time and effort, and it was really cool to watch the process. I think it turned out awesome."

Guitarist Eric Peterson adds: "the clips during their preparation was exciting, but after he saw it for the first time from beginning to end, he was fucking hilarious and pretty damn interesting."