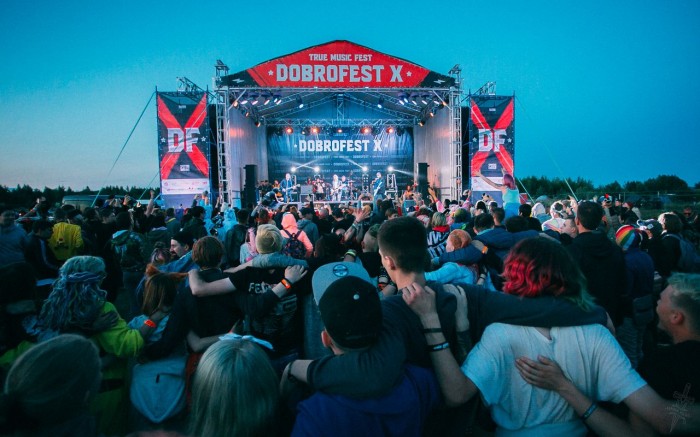 Quarantine and participate in creating the music scene of the festival.

On 9 April, the festival "Dobrofest" in its official group VK will launch the music stream with live contenders for the "Red stage".

Every year the organizers receive hundreds of applications for the "Red stage" from all over Russia and foreign countries, of which about 40 hits in the festival program. Before the selection took place within the team, after which were announced finaldelay-up.

This year the participants of the "red scene" the team "Dobrofest" will choose together with the audience. 9 Aprelev the official group of the festival will be launched music strims 30 applicants (after already considered 617 applications) with a parallel review of the coordinator of the "red scene"Nikolaypopov. After on the website "Dobrofest" will open the online voting.

"We constantly communicate with their guests every year to raise the level of the festival, including the line-up. To give to the vote the "Red stage" - the most honest solution. The number Dobromirov growing, so in 2020 let the audience choose who they want to see on stage. Ideally, I would like to hold a selection of live, but not in the current environment. Let's leave this idea for next year", - the General producer of festival Sergey Ilushin.

Voting will last from April 9 through April 13. After the organizers of the "Dobrofest" will announce the final line-up for the "red stage".

Why be bored in quarantine? Connect music stream "Dobrofest" 2020 and vote for future members of the "red stage." Your voice – someone's chance on the set in front of thousands of fans of alternative music.

9, 10, 11 and 12 July will be the 11th season of the international festival of contemporary alternative music "Dobrofest" 2020. For 4 days the airdrome "Levtsovo" near Yaroslavl will become a platform of freedom, kindness and music.