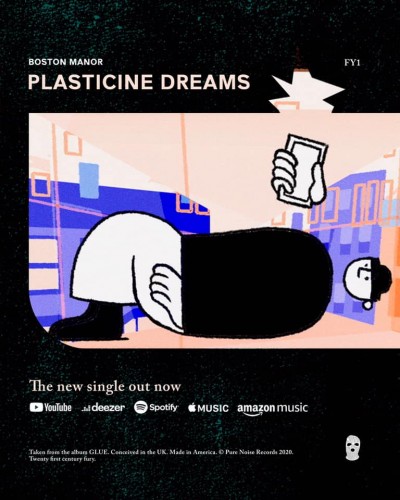 British rock band Boston Manor have released a new video called "Plasticine Dreams". This is a track from the forthcoming album "Glue" (release may 1, 2020).

"Plasticine Dreams" is described as a soul song with a gentle, but ominous tone, which reflects on the often disposable nature of modern entertainment.

This track was released along with the hypnotic animated music video. "We wanted something really different for this video," says Henry. "The song kind of takes place in the context of the whole album. We always wanted to do an animated video, because it brings a new level of artistic expression, not limited to what we can create in reality."