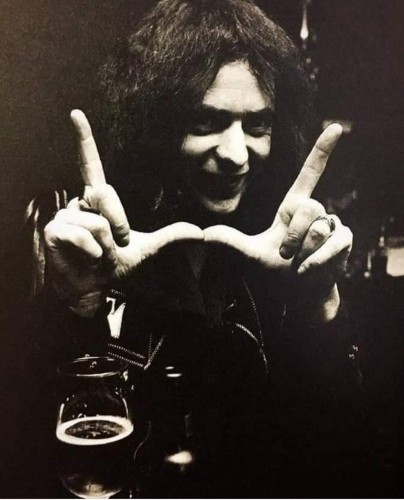 The 75th anniversary marks Ritchie Blackmore is a British guitarist and songwriter. Blackmore was one of the founders of the hard rock group Deep Purple, founded the band Rainbow, also played hard rock. Since 1997, Blackmore also plays in the folk rock project Blackmore's Night, which he formed with his wife candice knight.
Blackmore is considered one of the most important and influential guitarists of the twentieth century, it is included in many lists of "best guitarists of all time"