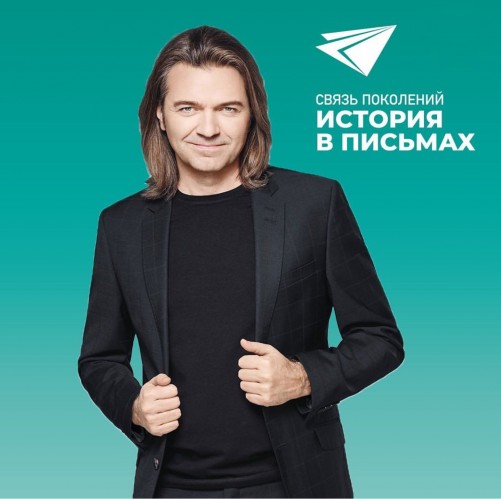 Photo source:
the press service of the stock

The singer and composer Dmitry Malikov in their social networks supported the project "connecting generations - a story in letters", dedicated to the celebration of the 75-year anniversary of the end of the great Patriotic war and the Year of memory and glory in Russia.

Artist impressed with the idea of the project, the opportunity to respond to the letter in the past. Was amazed at how sincere letters published on the website of the project: they show the true story of the war, it is the party that helped our heroes to win the battles. Party - life!

Now, in our time, it is hard to imagine what it was like for soldiers during the great Patriotic war in addition to fighting, the trenches and defense. But people also continued to exist: rejoiced at the arrival of spring, the birds singing, the sun's rays in the winter frosty day. But most importantly - happy news from relatives, which helped to fight, to go straight to the enemy's rear, warmed the soul, gave hope to see you soon.

Thanks to the project “connecting generations - a story in letters”, it became possible to look at the past, to touch these priceless documents of the history of the war.
On new digital platform historyinletters.ru hosted thousand genuine wartime letters, and anyone can write a response to any of them. To those who did not wait for answer at the time. You can also participate in the competition for the best message to our descendants in the future, thus further to strengthen the link between generations. The authors of the best works will be awarded prizes.

Dmitry Malikov encouraged to join the project, leave your message to those who risked their lives yesterday for the sake of the world "today"!

Participate and you! Save the memory of the heroes together!