"Big tour" online at radiojazzfm.ru to the Day family made the best performances 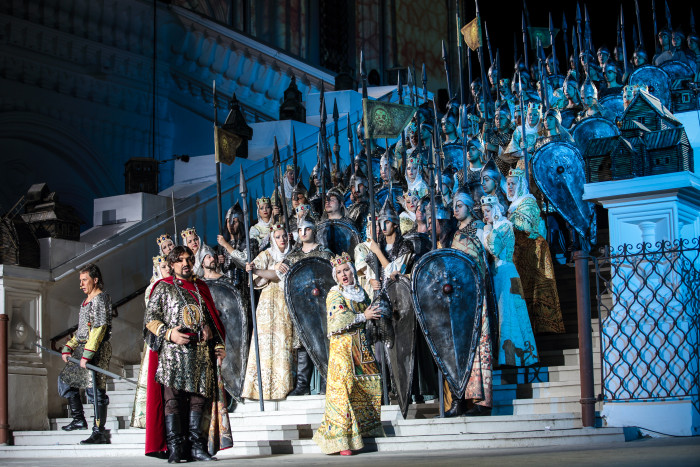 Photo source:
the press service of the radio

July 8, Russia celebrates the Day of family, love and fidelity. With the support of Radio JAZZ 89.1 FM "the Big tour-online" invite the Russians to spend the holiday with family, watching unique performances. Collected a dozen videos of the best works of the leading regional theatres (drama, children's, puppet) from a wide variety of cities: Omsk, Tver, Ulan-Ude, Kemerovo, Irkutsk, Astrakhan, Moscow, St. Petersburg. The program also includes a premiere: the first tour online on the Museum of the Central Teatr Kukol im. Obraztsov, the collection of which the audience will see unique puppets from around the world from antiquity to the present day.

A compilation of performances of "family Day" will be interesting to both adults and children. Theatrical series on the theme of love, loyalty and kindness permeated the amazing atmosphere of understanding and reciprocity, which determine family life. All performances exclusive broadcast in the program "Big tour" online and videos of their live broadcasts free — hurry to see!

A compilation of performances of "family Day" on radiojazzfm.ru

"Ruslan and Lyudmila" on A. S. Pushkin's tale, directed by Sergey Balyk (N. Novgorod),the artist — Olga Verevkina, honored artist of Russia, laureate of prize "Golden mask". In the design of the play uses original drawings by A. S. Pushkin, dolls of different control systems (tablets, Troshevo, mimirose) and different sizes (from 50 cm of the black sea up to 3 metre Prince Vladimir the Red Sun), video and laser projection.

"Crane feathers" on the Japanese folk tale, directed Chukchi of Trasnochar (Saint-Petersburg). The play was included in the long list of awards "the gold Mask" in 2020, the Big winner of the International children's festival 2019, recognized as "the Best puppet performance for children".

Teremok — a new interpretation of the famous tale, directed by Olga Shust.

“Chuk and GEK” on the short story by A. Gaidar, Director Sergei Yagodkin.

A tour of the Museum of Theatre “Around the world with puppets”, the guide Olga Shesterikov with employees.

Kolobok based on Russian folk tales, directed by Ruslan Kudashov. 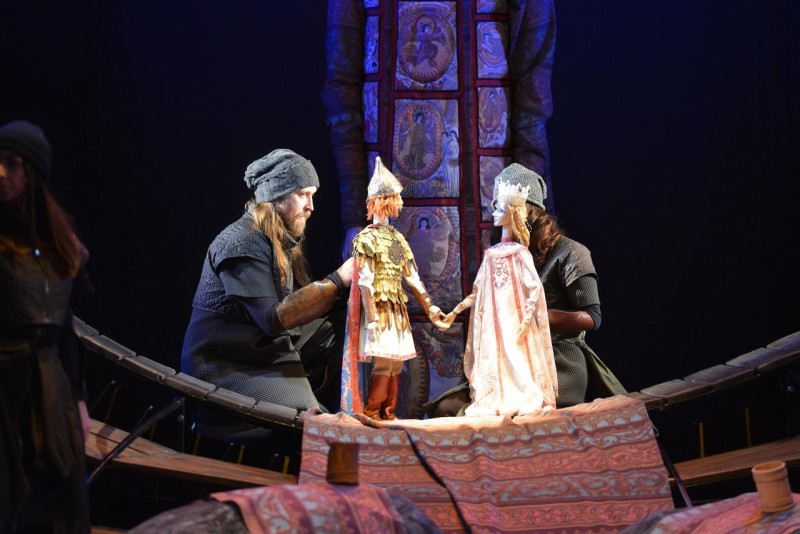 “The tale of the Golden fish” after the tale by A. S. Pushkin, Director-the honoured worker of culture of the Russian Federation Viktor Tokarev.

Irkutsk regional theater for young spectators them. A. Vampilov, 6+ , 1 hour

“The light and the dark” — a puppet variation on the novel by Mikhail Shishkin. The author of the stage version, Director Boris Konstantinov, chief Director of GACD them. S. V. Obraztsova, honored artist of Russia, laureate of Moscow prize in literature and art, laureate of “Golden mask”.

We will remind that the Internet-audience "Big tour-online" of the Ministry of culture Rastavil more than 22 million views. The audience of the project — the whole country could see more than 100 performances. For the period from 26.03.2020 for 06.07.2020 live official web TV "Big tour" was shown 103 setting 73 theatres in 49 cities belonging to 46 regions, including the Russian theatres of the CIS countries.

"Big tour-online" — a unique online project of the Federal centre for support of tour activities, the Ministry of culture of the Russian Federation, starting 26 March 2020 during the introduction of heightened security measures to prevent the spread of coronavirus infection. When hundreds of concert tours of the program "Big tour" was cancelled from the regional performances of the leading theaters in the country and neighboring countries was collected daily online broadcasts. For one showing of the play can see from several hundred thousand to a million spectators.

Artemiev presents video for the song "amber"!
The track "In amber", which was released just last week, is the second single from the future album.
Temiko 16 days ago