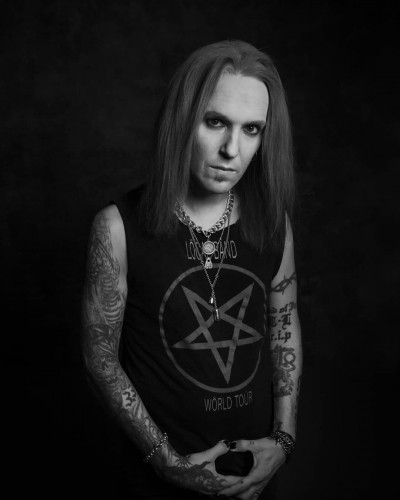 One of the founders and former frontman of the cult Finnish melodic death group Children of Bodom, Alexi Laiho, has passed away at the age of 42 in his home in Helsinki.

The virtuoso guitarist died last week, but this was announced only now - the obituary was published on the band's official accounts.

In the last years of his life, he had serious health problems, the report said. He was 41 years old. The specific cause of death is not named.

Children of Bodom was founded in 1993. Laiho left the group in 2019 due to internal disagreements with other members of the group. He later founded Bodom After Midnight with guitarist Daniel Freiberg and has recorded three songs that will be released posthumously.

"This is a standard Russian revolt, sister": the group "Kurara" has released a new single
The Kurara group - one of the calling cards of the modern Ural scene - has released the single SRB.
TanyaAsh 1 day ago

Singer Olya Ch. And Disney designer lifted a giant whale into the air
Olya Ch. Showed fans a new video made in an unusual modern technique.
TanyaAsh 1 day ago

Radio JAZZ began to sound in Tver
From March 1, Radio JAZZ FM began broadcasting in Tver at a frequency of 89.8 MHz
Temiko 3 days ago