Time to love, not time to scatter bombs! 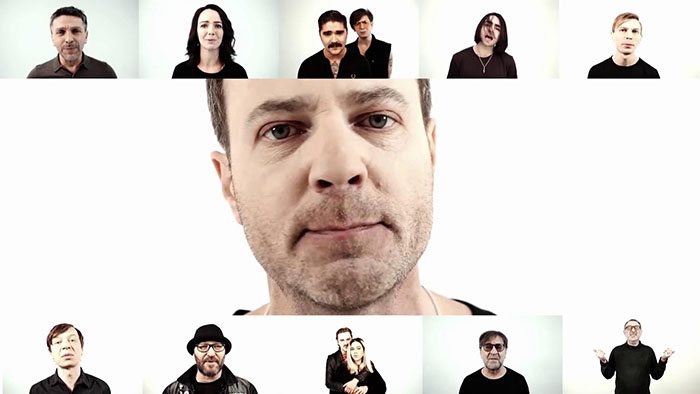 March 20 premiere of the new video of the band Animal Jazz to the song "Feelings", which became the eponymous single, and the first videorelease in two years! In the filming of the video was attended by Leonid Baratz, Yuri Shevchuk, Ilya Prusikin, Vladimir Kotlyarov, etc.

Alexander Krowicki about the clip: "I Want to say about the participants of our video for "Feelings". This song is anti-war in its essence.

Those who sing in this clip, it's the people that support our position. We chose them not on the basis of friendship or holosystolic)) we are All in this video against the war. Very cool that almost none of those we suggested, refused. Max did not match the graphics, we shot in a short time, not all are physically able. Very cool, there was no touch of stardom in any of those you will see in the frame.

But most importantly: it was cool to feel that we are at the same time.

It is necessary to end the war involving our country. Including the ones that our country is unleashed."