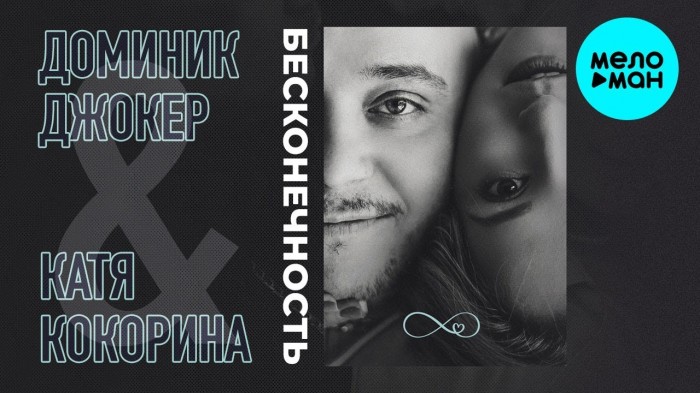 Dominik Joker and Katya Kokorina presented a new duet track "Infinity". As has told to Agency InterMedia, the press service of the artists, the premiere of the composition took place in the day when Dominic and Kate became husband and wife.

- At our wedding we sang the song to each other and at the same time to all guests - says Katya Kokorina. - We wanted to share with nearest and dearest people our happiness, and we've made it through the song that became the embodiment of our love. The idea of its creation came to us during the preparation for the wedding. Thinking about what will be the dance of the bride and groom, we realized that it would be very touching to give love and feelings of our guests through our creativity and, judging by their reactions, we were absolutely right. It is an indescribable and unforgettable emotions — to tell his beloved the feelings on stage when a huge number of people.

The creation of the composition took about two weeks. Kate and Dominic literally lived in the Studio and wrote the lyrics. Only the chorus was countless options, but in the end, standing at the microphone and testing each of them, the band chose the final one with the phrase, "You are my infinity."

The author of the arrangements were made by Dominik Joker and Alexander Kolchin. The song presented in the network 5 April 2019 written in the style of R'n'b.