Karavaychuk as an excuse 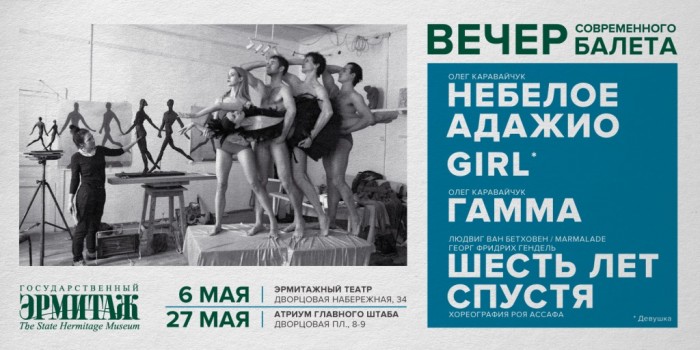 In may in St. Petersburg will be shown the program of one-act ballets Israeli choreographer Roy Assaf, two of them set to music by Oleg Karavaychuka and dedicated to his memory. The initiative of preserving the heritage of the composer and his creative use of the future Fund belongs Karavaychuka, which became the initiator of this project.

Oleg karavaychuk is one of the most prominent figures in the history of Russian music of the twentieth century, pianist, composer, improviser, who wrote music for many Soviet films and theatre productions.

Eccentric, immensely talented eccentric, Oleg karavaychuk was open to any approaches, including dance with his "movement sounds". Friendship with the Prime Minister of the Mikhailovsky theatre Marat Shemiunov developed into cooperation in the field of synthesis of music and dance. Dancer has not left the intentions of the composer after the death of Oleg Nikolaevich.

Music Karavaychuka in spirit and feeling was very close to the Israeli choreographer Roy Assaf, who worked in and with the world famous troupe Ohad Nakharina "bat-Sheva". In 2017 the 90th anniversary of the composer Roy Assaf delivered the first ballet to music Karavaychuka Gamma, where the roles performed by Andrey Kasyanenko, Sergey Strelkov and Marat Shemiunov. Choreographer turned the story of three men, almost devoid of subplots, but the focus is in a unique polystylistic Karavaychuka. This property of the music seemed to accumulate all the possible plots and dissolve them as unnecessary, produces this substance meanings.

In 2018, was presented to the "non-white Adagio". The composer was inspired by dancers of the Mikhailovsky theatre, to create his own version of canonical choreography. To turn celestials in the interlocutors helped the music of Oleg Karavaychuka, with their virtuoso improvisations of the former on the short leg with the classics.

Program ballet evening complemented by two more one-act ballets by the choreographer. "Six years later" Roy Assaf brings to the stage their experience, reflecting on eternal for a reflective person the theme "what if" performed by Irina Perren and Marat Shemiunov. In addition to Handel and Beethoven, giving the dance the text of philosophy , author for distance and irony added to the score of a replica group Marmalade, classic pop-rock of the twentieth century.

In the ballet-Girl performance performed by Olga Semenova social implications of the play dissolves, yielding to the eternal existential themes: "who am I", "why I live", "this world belongs to me." The soloist in this composition at the same time and the singer and performer. Ballets Roy Assaf is distinguished not only innovation, but also choreographic depth, they affect the eternal existential themes. Pure dance, pure emotion, allowing to interpret any clownish disharmony music Karavaychuka as the harmony of the world.