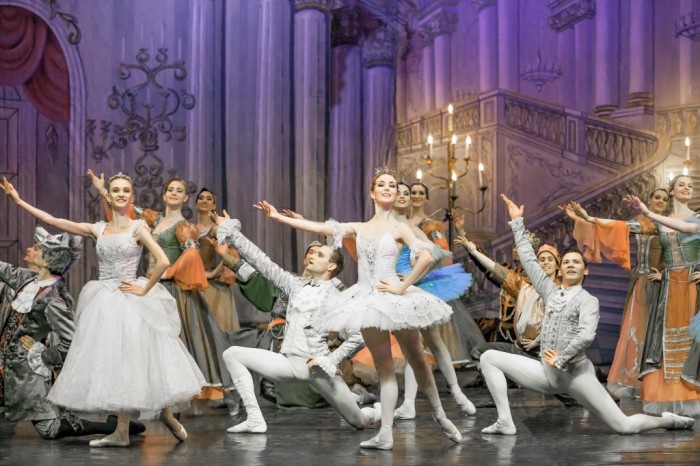 Date:
14.06.2019 20:00
Venue:
Gediminas Taranda will present in St. Petersburg "Imperial Russian ballet"
A visa is required:
For citizens of Russia is required

From 14 June to 7 July in St. Petersburg will host performances of "Imperial Russian Ballet" Gediminas Taranda. For the first time in many years, the famous orchestra is coming to St. Petersburg with a full tour. The performances will be part of a world tour from Brazil to Australia - dedicated to the 25th anniversary of the troupe.

The artists will present the St. Petersburg public with the worldwide known ballets on the stage of the Palace of culture.Leningrad city Council (Fontanka river emb., 42). "Swan lake", "Sleeping beauty", "Nutcracker", "don Quixote" and "Scheherazade", "Carmen Suite" and "Bolero" in the wording of Gediminas Taranda be holistic and effective action in the spirit of "creative Empire" Russian ballet school. The performances of the troupe, "Imperial Russian ballet" are particularly expressive, graceful, elaborate set design and beautifully executed. The leading soloists of the ensemble - Lena Sheveleva, Anna Pashkova, Nariman Bekzhanov, lion Brel.

"We look forward to performances in St. Petersburg, where the formation of the Russian ballet and where so I appreciate and love the art of ballet. We haven't been here for a long time and now finally turned on the Petersburg our tour poster. Our anniversary tour also includes performances in Brazil, China, Bulgaria, Italy, New Zealand and Australia," says the artistic Director of the troupe of Gediminas Taranda.

The idea of a collective was born in 1994 during the Japan anniversary concerts of Maya Plisetskaya, their program was prepared by Gediminas Taranda, dancer and teacher. The title of "Imperial Russian Ballet" is a tribute to the Imperial family of Russia, have made significant contributions to the development of Russian culture, including the creation of the Bolshoi and Mariinsky theatres.

Three weeks the troupe's performances in Saint-Petersburg in the foyer of the Palace of culture.Lensoveta the audience will enjoy the interactive exhibition "Theatre backstage" and an exhibition of ballet costumes.