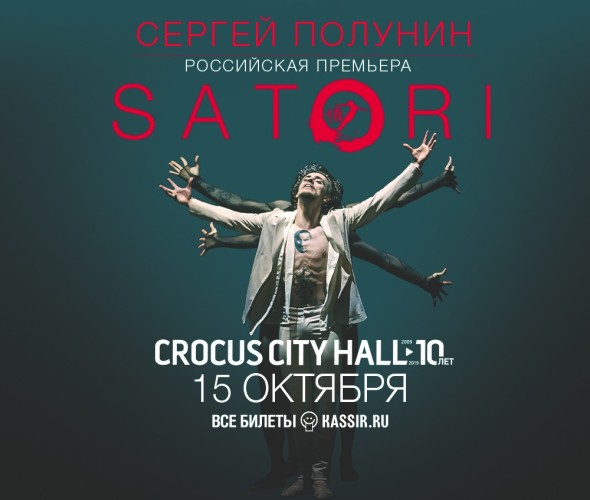 Sergei Polunin is considered one of the most talented and promising Russian ballet today. At only 17 years old Polunin was accepted into the Royal ballet company and two years later at the age of 19 became the youngest Prime Minister in the history of this company. In 2012, at the invitation of artistic Director of ballet of the two Russian theatres, I. A. Zelensky he arrives in Russia and becomes the Prime Minister of the Moscow Musical theater. Stanislavsky and Nemirovich-Danchenko at the same time – permanent guest soloist of the Novosibirsk Opera and ballet theatre. In the same year, Polunin wins in the competition "Big Ballet" on TV channel "Culture" in the nomination "Best dancer" in 2014 gets a prize "Soul of dance" "Best dancer" and also received a nomination for the National theatre award "Golden Mask" for the performance of the main role of Prince Rudolf in the ballet Mayerling Moscow Music theatre. Stanislavsky and Nemirovich-Danchenko.

C 2016 Polunin active in films in such films as "Murder on the Orient Express" (English Director Kenneth Branagh), "Red Sparrow" (American Director Francis Lawrence), in the same year he published a biographical documentary film about Sergey "Dancer". The year before the famous music video Director and photographer David LaChapelle takes Polunin video for the song Take Me To Church, which attracted more than 25 million views on Youtube.

On the new show Sergei Polunin worked with such stars as the Director of Gabriel Marcel Dell Vecchio (“Cirque du Soleil”) composer Lorenz Dangel (author of the music for the blockbuster “Pompeii” and “the Last days on Mars”) and David LaChapelle. The name Satori refers to Zen Buddhism and in Japanese means a sudden enlightenment, to achieve which can be extremely intuitive, thanks to its own experience and not relying on authority and established rules. Satori tells the story of the creative way Sergei Polunin, thanks to which he gained a love for dance and the meaning of life. The show premiered at London Coliseum in December last year, collected enthusiastic responses of the audience and critics reviews – be the first to see the statement of the young artist in Russia!