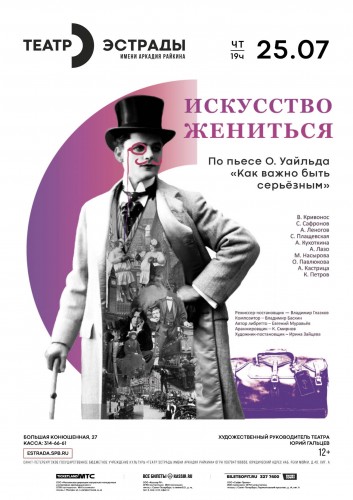 25 July (and August 15) in the Variety Theatre. Raikin you learn what "the Art to get married"! Witty musical Comedy based on the play by Oscar Wilde "the importance of being earnest". The choreographer is a well – known Director, the author of the most successful performances of the Theater Stage Vladimir Glazkov. A true master of "light genre", he created a subtle Comedy, full of atmosphere of England of the last century, and stylish "jazz" music of Vladimir Baskin, while maintaining sharp and epigrammatic language of classic English drama. Not a serious story about the importance of being earnest (especially in marriage!), will tell popular St. Petersburg artists of different generations. Music for the play Wilde wrote the St. Petersburg composer Vladimir Baskin. 22 independent rooms, so that the audience sometimes even have the ability to take a breath between sparkling jokes.