Show for a real lady 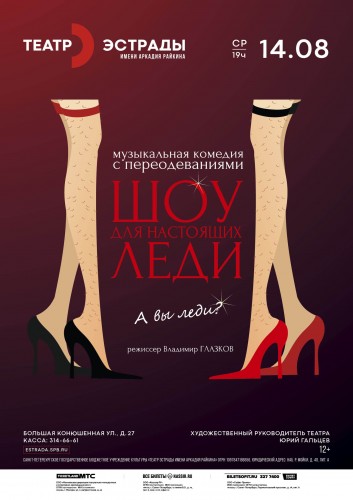 August 14 you will find a magnificent "Show for real lady" - the plot of this hilarious musical Comedy is familiar to viewers of Hollywood film "In a jazz only girls". However, the play is a slightly different version, the closest to real events: in the early 30-ies of the last century two actors to survive in a time of crisis and great depression, secretly dressed in women Actresses and participated in the campaign of Senator Ben brown, the Play was staged a wonderful Comedy directed by Vladimir Glazkov. Bright, dynamic, with songs, dances and sparkling humor, he immediately embraced by the audience, and the play of young talented actors deserved positive reviews to critical acclaim.