A tune-up. In search of your waves 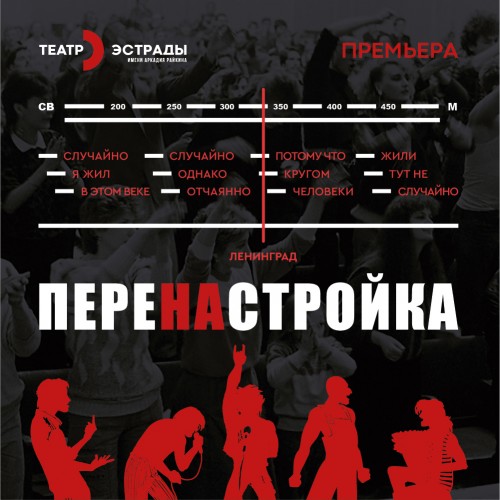 The genre of the November premiere of the Variety Theatre. Raikin — musical-poetic performance based on poems of Russian poet Oleg Grigoriev, and music from the repertoire of the groups of the Leningrad rock club.

The streets of Leningrad of late 80-ies of the last century. The country is waking up and trying to shake off years of sleep — with the beginning of perestroika, people had a hope for a brighter future, began to actively Express themselves intellectuals. In the house, the village Grigoryevskaya poetic characters, you will be told a lot of stories. The characters fall in love, looking for freedom and justice, trying to find new ways of being and expression.

"Grigorieva can be considered one of the last poets of the Soviet era — said the Director of the play, actor Theater Stage Kirill Petrov. — His work is interesting to us as its paradoxical, sometimes naive and childish view of life and society. But at the same time, the seeming infantilism and plainness of the poet in these poems has a wisdom and depth, Grigoriev was very slim, smart and educated man. The play turns out, strangely enough, love — it, however, many sides and shades, and about finding inner freedom. We have tried here don't exactly like to convey that age, it is rather our author's view at the time. Because all the participants — and it is about twenty actors and musicians, were born a decade later. So the play is an echo and reflection of those times. This story turns a clear, light and at the same time, providing food for the viewer's mind — we very much hope that it will find the audience burning response. Because the creative work of Oleg Grigoriev and today has not lost its relevance."