Looser on the moon 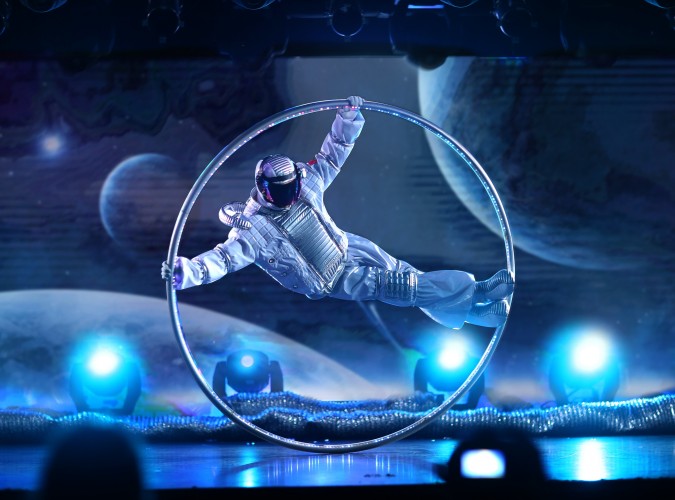 On 24 November at the Palace Olympia Theatre Lilies of the future Tim will present in St. Petersburg the new interactive play - "Looser on the moon." During space travel, the characters will meet the amazing inhabitants of the planets will fall into a Black hole and in the final fight in the main battle for Earth's survival.

To fly to the moon and to get to his old friend - the girl Lou, the boy left and Looser they will build their rocket ship. In space they will meet exotic animals, learn about the wonders of the Solar system, will make new discoveries. Children and artists will feel, what the giant zacatuche> - it will start in the hall of the satellites of Mars, Phobos and Deimos, which will be fun jokers. The main characters will overcome 384 000 km and will hold a real space battle with Marshal Mars.

Like the first tale, "the Mystery of Lunsar", show "Looser on the moon" Theatre of the future Lily Tim designed specifically for children of the digital generation with the participation of a child psychologist. An interactive performance keeps the attention of young viewers from beginning to end. Participating in activities, children get acquainted with interesting scientific facts, presented in an accessible and easy form.

Touching story, augmented reality, 3D rendering, the 6-foot aliens, circus tricks and illusionists - all is a spectacular event for the audience of a fairy tale.

<I love to fantasize and invent new, so happy to present on stage the new adventures of Lunsar! Our space is bright, clear, exciting. This is a world where everything is possible, and most importantly - and you need to be yourself, to overcome your fears and to act on the side of good. First visitors have already appreciated the lunar Lunsar in September!> says the Director of the play Lily Tim.

The first part of the tale, which has already written the book, in the 2019/2020 season takes place in Moscow. Prepared for Petersburgers the Prime Minister - the space adventures of Lunsar.