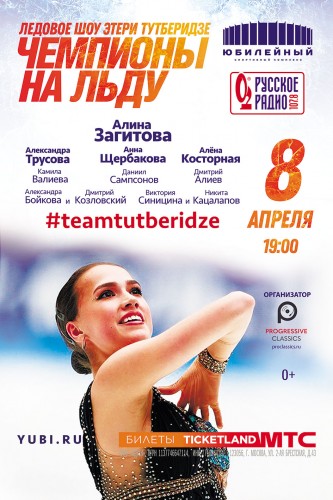 A unique show existing, the most titled skaters of the planet will be held in April in Saint-Petersburg, Kazan and Perm. Eteri Tutberidze is the most popular at the moment, honored coach of Russia, was the first to introduce their students to the audience in the show "Champions on ice".

Young stars ice will present their best performances, speeches - already legends, with which they went into the history of the sport, surpassing the achievements of their predecessors. Colorful show, grace, energy winners and the joy of meeting with the virtuoso world of figure skating in the show "Champions on ice".