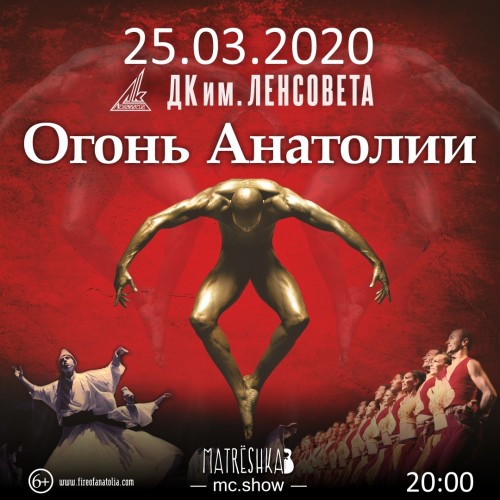 Fire of Anatolia — best dance show-concert, combining hundreds of music and dance traditions of various regions of the ancient land.

FIRE of ANATOLIA reflects the richness of ancient cultures, legends, myths and history. The concert-show "Fire of Anatolia" is the culture of Ancient Anatolia: Georgian, Turkish, Armenian and Azerbaijani motifs, woven figures of the dances of the peoples of the Mediterranean, Black and Aegean seas and the Persian Gulf, the Arab East and Central Asia.
Combining the cultural heritage of ancient Anatolia, the magic of dance and the gorgeous style, the Fire of Anatolia was the first dance troupe, speaking in the Antique theatre of Bodrum, where the spectacle is back for the first time in 2300 years, the first show, which stood and applauded 400,000 spectators Eregli on the Black sea coast and the first show, speaking in the new great hall of the Parliament of China.
A few years of its existence, the show was welcomed 4.5 million people worldwide.
Due to this phenomenal success, the band was listed in the Guinness Book of Records!