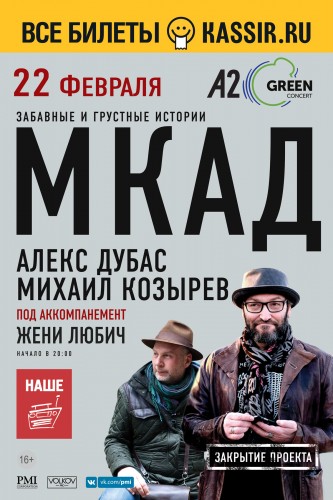 Mikhail Kozyrev and Alex Dubas last will present in Saint Petersburg a joint project of the Moscow ring road which can be termed as a performance and literary-musical evening or "jam session".

The creative tandem of Mikhail Kozyrev and Alex Dubas was not surprising, as these seemingly so different from each other, have a long experience in radio, participating in theatrical performances, the ability to tell fascinating stories of imagination and, of course, a love of music. They had met when Michael was working on "Our radio" and Alex on the Latvian radio stations, but the fate of these two people will inevitably overlap. For quite a long time Alex Dubas and Mikhail Kozyrev work at the radio station "Silver rain", and it was there that the idea to combine literature and music, expressed in the MKAD project, whose name consists of the first letters of their names. In the basis of the action lies the gure of the modern world — two lanes of automobile headlights, white and red, moving towards each other. MKAD is the disunity of modern humans that are close but separated from each other the iron boxes of the cars. The way ring road is the core of the play, on which is strung the history of Mikhail Kozyrev and Alex Dubas.

22 of the A2 Green Concert Michael and Alex will read excerpts from their books and tell fascinating stories of life. The story centers on the ring road only the brightest and most charismatic personalities: Puff Daddy, Boris Berezovsky, "Quartet", Ingeborga Dapkunaite and other celebrities with whom Michael and Alex were together. An important role in the project devoted to music. In the sense strand of the play seamlessly woven into the performance by Zhenya Lubich, which supports and develops created by the storytellers mood.

"The ring road" long ago conquered the Moscow audience and the inhabitants of other regions of Russia. During his shows many spectators visited the show many times, because again and again reopened, this world created by Alex and Michael. But it's time to say goodbye. Every story, every idea here is still relevant, but much has changed over the years — the situation around in all fields from culture to politics, growing up a new generation, there have been many events in the lives of the characters of the play. All this Mikhail Kozyrev and Alex Dubas will tell in St. Petersburg, February 22 at the stage A2 Green Concert, and explains why it is not "death" and "rebirth" and what projects can we expect in the near future. 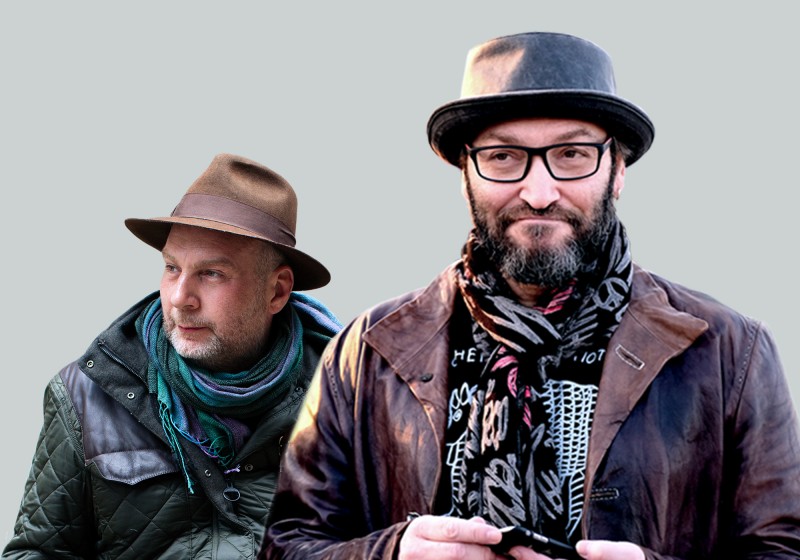