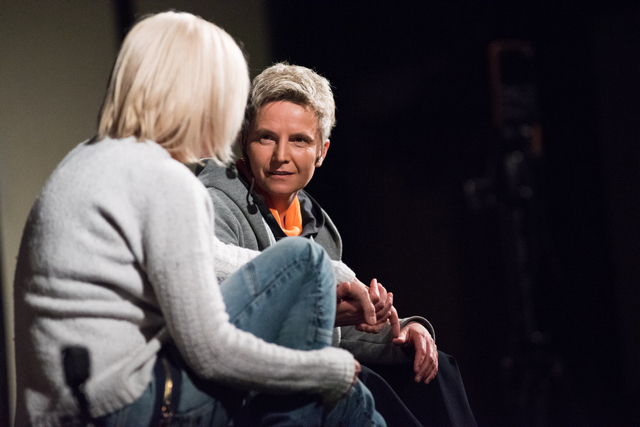 Complete sincerity philosophical and tragicomic stories told by Svetlana Ivannikova, flavored sparkling humor and self-irony. In the center is a young, successful woman who has achieved much in material terms, but it loses the taste of life and its meaning. A difficult relationship with her daughter, premature departed mother, who saw the meaning of his existence only in children, the husband living in the ordinary...

And the heroine needs a "ocean". She wants to drink this Life big SIPS!

In the second half of the action appears in the character of Svetlana Surganova and reminds her friend (and all of us) that to be happy is never too late, as it is important to remember joyful and bright moments of life and enjoy its taste!

Of course, in the play there is a place for free short-term improvisation, which conveys not only the essence of the original plays, but also enriches it with new semantic nuances.

"How many times have you played... and every time we have different performances" — recognized actress.

A special highlight of the performance will be the verses of Joseph Brodsky, Bella Akhmadulina, Svetlana Surganova and other authors.

The author of the play: the playwright Elena Erpyleva