snow show of Slava Polunin from 18 to 25 January in St. Petersburg 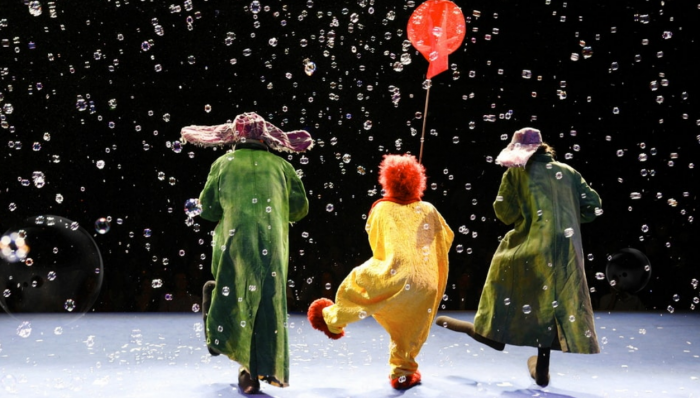 This show has received many prestigious theater awards. About it wrote Newspapers and magazines from Broadway to New Zealand, critics called it "a theatre classic," and the Glory of Polunin "the best clown in the world"

"snow show of Slava Polunin" has traveled almost the entire planet. And everywhere sold out, success and gratitude, and the joy of children in the eyes of viewers of all ages.

Who knows who gets more fun when at the end of the play huge balloons flying in the hall. Adults become children again, and children with pleasure and passion molded from paper snow a snowball fight, not wanting to leave after the performance.

Everyone will find something of their own. For some it will seem lyrical recollection of his childhood, for someone to become a poignant story about loneliness. Someone will heartily laugh at the absurd yellow little man in shaggy red Slippers and repeat after him: "Frosty..." And someone will be dimmed with tears from aching trepidation of the little man in the bottomless blue of the universe.... And love like a spider web, envelops everyone in the room and rejoice to tears, stand the lump in my throat, forced to bend over and take a little "snow" snow, will explode with delight in the final and will not be forgotten, will long haunt strange wonderful memories. And next year, when the winter comes, these memories will return, because the winter can be snow or no snow, frost or not, but she can't be without "snow show"...

This show is recommended for children elderly because it adults turn into children, and children feel that their world is so real that even mom and dad believe it.