The show"Phenomenon" on January 25 in Saint-Petersburg 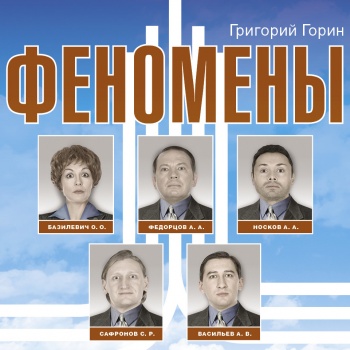 The effect of this good and funny Comedy takes place in Moscow on the eve of the Olympics. The city froze in anticipation of important sporting event... Meanwhile, at the invitation of the scientific journal in the capital come three "phenomena" – of people with extraordinary abilities. One of them sees through walls, the other moves items out of the way, and the third was a mind-reader! Of course, it soon becomes clear that two of them are not quite unique... But more importantly. Because in our world, the ability to selflessly love another person – is a far greater gift than the ability to look to move the table match...

As with all the play by Grigory Gorin, in the Comedy "Phenomena" there is subtle humor, and amazing simplicity, and a deep understanding of the complex nature of man. The show was great Comedy by Director Alexander Sinotova, and the main role in it performed by brilliant actors, the audience favorites.