The performance of"hanky-panky" January 31, in Saint-Petersburg 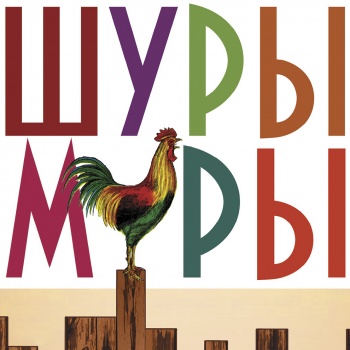 The farther away we are from the Soviet era, the more nostalgia and affection we remember. Maybe that is why modern filmmakers in his work are increasingly turning to the legacy of the Soviet authors? Of course, there is a special place immortal prose of Vasily Shukshin...

The performance of "hanky-panky", staged by Yuri Galtsev and Vladimir Glazkov, based on touching Shukshin's stories about ordinary people. The main roles in the play performed by young actors and Actresses, graduates of the Studio of Yuri Galtseva, because the creators of the statement sought to look at the Shukshin prose through the eyes of a young man, our contemporary, and to understand that close to him in these little masterpieces of Russian literature of the last century.

"Hanky-panky" is a series of miniatures, this is a vivid mosaic of short stories, funny and sad, funny and lyrical, telling about the life of Shukshin "geezer". Touching and very sincere, the characters Shukshina performed by young talented actors evoke the warmest feelings...

In an effort to reveal the comic nature of Shukshin's short stories, the authors of the play was filled with "hanky-panky" their songs and dances, folk humor, and even parodies of Soviet music! But let this fact not bother admirers of creativity of Vasily Shukshin. "Hanky-panky" was created with great love and respect for the man who became one of the symbols of its era. And even earned the approval of the strictest critic Lidia Fedoseeva-Shukshina, widow of the writer, who visited the premiere of our show...

In performance are occupied: A. kastrica, A. Kipin, A. Kokotkin, A. Lazo, M. Nasyrov, A. Pavlyukova, A. Sevastova, A. Tkachenko, A. Hypponen, I. Arkhipov, K. Galstyan, K. Petrov, A. Shilnikov, A. Spungin, A. Yanko, D. Mamonov Dmitry ENIN, Y. mikhaylik, I. Yaroshevich