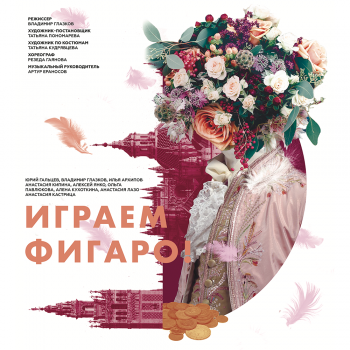 A hilarious musical Comedy based on the play by Beaumarchais will be a real gift for fans of the pop genre, because come on stage Yuri Galtsev and young actors of the Variety Theatre.

The play "the Barber of Seville" (the first of a trilogy of Figaro) was written in 1775 and made its author is the French writer Pierre de Beaumarchais is one of the most popular Comedy of the time. They mocking, witty and clever servant has inspired several composers to create original operas. The most famous of them – the eponymous Opera by Gioachino Rossini. Thanks to the music of this great Italian story of Figaro became world famous. Since then, for the General public, it primarily became associated with Opera. However, the play by Beaumarchais, with his brilliant dialogues, vivid aphorisms and sparkling humor – gradually faded.

Vladimir Glazkov decided to fix it! Famous actor and Director, a true master of Comedy, he created on the stage of the Theatre is light, lively and very original production. Viewers of his new show waiting for the witty jokes, sharp replicas, unexpected transformations, as well as songs, dances and a very unusual music. Stage acts will accompany the hits of the Broadway composers of the 60-ies of the last century.

One of the roles in the play "play Figaro!" will perform artistic Director of the Variety Theatre, honored artist of Russia Yuri Galtsev! And with it will come on the scene young actors – graduates of the Studio Galtseva-Glazkov has won the love of the Petersburg public.

"There is mingled the voice of reason with the brilliance of easy chatter," defined the character of his plays himself Beaumarchais. From the spirit of the French playwright Vladimir Glazkov decided not to retreat. As the Director promises, despite the apparent ease and playfulness, his performance will not be just a fun vaudeville, cut off from life. The actors will talk to the audience about important and serious. Albeit jokingly.

Duration: 2 hours with one intermission