Zong-Opera TODD in the new format 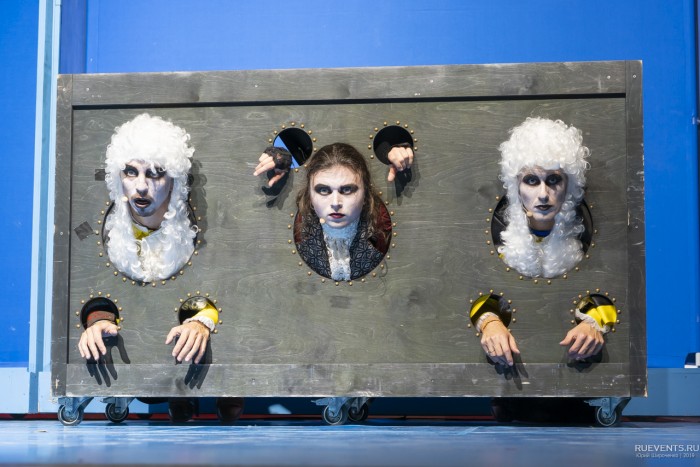 Did you ever event in the format of "3 in 1": a concert-performance of the film? It's hard to put these concepts on the same stage at the same time, but the creators of Zong-Opera "TODD" was able to do it in one of the important dates for the Russian rock – 7 August.

August 7, 2019 Michael Gorshenev, the leader of group "the King and the Clown", and the Creator of "TODDa" would have turned 46 years old. Now 6 years old production alive and growing without his creative inspiration, but nevertheless, each time packing full audiences of enthusiastic spectators.

This time St. Petersburg had a chance first to enjoy an updated interpretation of the musical. A guest Director Yury Kvyatkovsky brought to life the idea of combining film and theatre productions. This is a fundamentally new format, which includes a rock concert, a play and a film in real time. It is necessary to pay attention to the fact that no second takes were not and are not planned!

All the action was filmed for 1.5 hours more operators from the audience and from the stage. The actors played their roles against the blue mobile scenery, and the musicians were behind them, in some scenes, making the company the main characters on the first line. Periodically on the stage you could see people in blue tight suits, due to which they were not included in the frame, and just played the roles of assistants. For example, during Lovett's song "Little island" one of them held in the hands of the skeleton hugging the heroine. On the screen it looked like a skeleton stands alone on the ground. 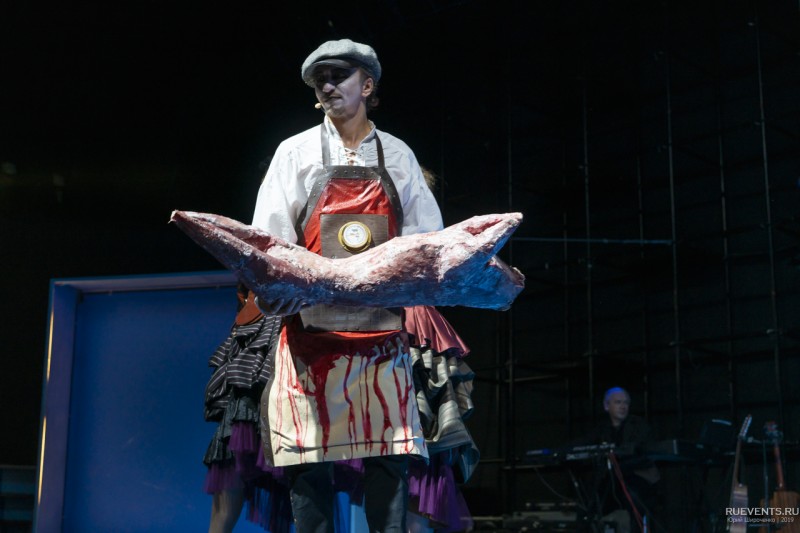 All the blue decorations in real time on the screen changed to a background that matches the current episode. Thus, the Directors sought the effect of fire, water, blood, and other various scenes. The musical began with the song "Good people", who played "the narrator" Alexander Leontev (Renegade). Under this arrangement all the artists in turn went on stage, was in front of the scenery, and the screen will display their picture on the background of old London streets and houses, signed the real name of the hero.

The uniqueness of Zong-Opera turned out that the audience has never participated in such performance. A few songs after the beginning already began to seem normal that a man in a blue suit at times attracted more attention than the actors. And when their eyes fall on the screen, came the understanding that to create a creative symbols these are some of the main.

Interestingly, when the square scenery moved around the stage, in the movie they were depicted in the form of houses, in the form of books and manuscripts, and between them flashed the musicians. Such frames are usually good installation, but here it is not needed. 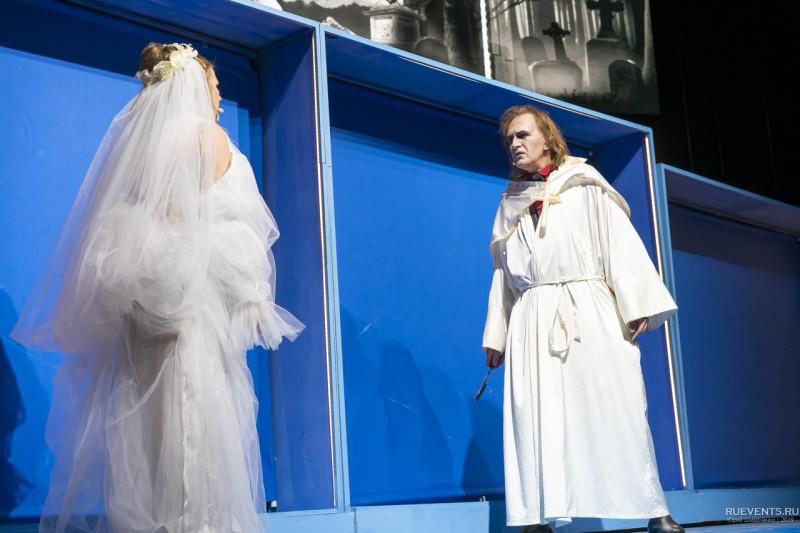 During the execution of an Aria Lovett "death Machine" Renegade pedaled bike, and the rest of the characters just bombarded the rendered meat grinder different parts of the body, because, as you know, she "cuts of meat, cuts veins, grinds a bone."

Impressed also the episode of the death of the judge. At first he lay in bed, camera from above shot him and wards, and then the scenery had changed his position, and he was under a bloody blanket, standing with his back to the wall. On the camera it was the same bed, but his body was already worms and finally "flew" in the hands of assistants.

During the execution of the beloved by fans of the song "Happiness" Robert Ostrowski starring TODDа, not sparing anybody, cut off each appropriate head. And once again it was interesting to watch, as it shows in the finished picture of the movie. Each "died" dramatically covered his face with a blue fan, and the body was left without a head. 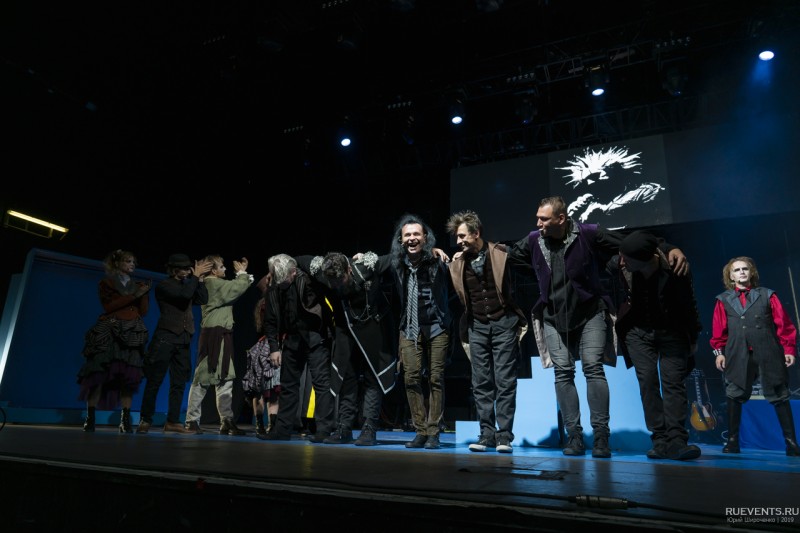 Of course, there is no sense to retell the plot right now for all of you who have never been on this "demonic" shows. Michael Gorshenev has really created a masterpiece, which every show is improving, becoming more interesting. All the audience knows the story, but continue to walk around and enjoy the spectacle. This evening at the right time, namely at the moment of death the crazy Barber, the fans in the audience lit sparklers and some even cried.

TODD is the eternal memory of the departed genius. Former participants of group "king and the Clown" is not tired to repeat that "Misha every performance is next, also plays on stage." In memory of the heroes of the soloist of the musical was performed several songs from Zong-Opera, and the second time, of course, played "Good people" and "Happiness."

Thank you to the musicians of "king and the Clown", the artists and all people that assisted to ensure that TODD continued to live!