EPIDEMIC: an Acoustic concert under the open sky in St. Petersburg! 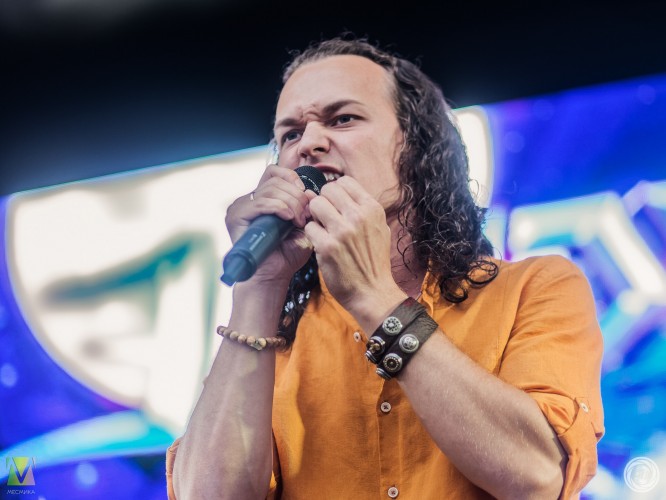 At all times people from different countries suffered from thousands of varieties of epidemics that have claimed millions of lives and only in Russia there is such an "Epidemic" in which people want to live and enjoy every musical creation, this group plays in the style of Power and Speed metal.

For more than 30 years with his word and the music they conquer the motley crowd that loves not just crazy Zaruba guitar, but simple, beautiful text that is easy to remember.

The group became best known for his metal operas in the spirit of fantasy, where there are heroes and villains, demons and dragons, a huge Kingdom and fight for them and in all this madness there is a place for true love.

The whole works related to one scenario with a huge number of characters(Epidemic help musicians of Russian metal, rock and classical music), which enter into battle with evil and defeat it.

And that's all they combined with the melodic music that's easy put you in a fantastic journey and you want to go back again and again.

But this time the "Epidemic" decided to surprise the St. Petersburg public for the first time brought a new to us program, namely "Acoustic Concert under the open sky".

Well, why not. Saint Petersburg is famous for its roofs, and especially the last years a huge number of concerts for them and plenty of stars ready to be there.

To receive the honor concert stage Hi-Hat, which has hospitably accommodated so many people that in the end, this concert was the most visited acoustic concert in the band's history. Here and so.

On the roof of a Hi-Hat from the start was already a huge number of people, since everyone wants to witness this unique event. The weather had, on Friday, the mood at all perfect, many have already emptied a few glasses of foam, to shorten the wait and not in vain.

Exactly as the clock at 20:00 on stage were the musicians and placed each one at its own instrument and "Epidemic" started its acoustic program with an easy Intro, when suddenly everyone started to chant, "Jack, come on" and as soon as the band played the Intro, went to the scene vocalist Evgeny Egorov and began to sing a song "to Be with You Again", immediately after they performed the song "Phoenix".

Then Jack again greeted the audience, said he was very glad to see you all at the concert, since it came the best people of Petersburg and after the phrase "allowed to dance" they performed the song "Life at dusk" which was performed in the style of Rumba or cha-cha-cha. People could not stand still and began to dance.

Then favorite to many, "I prayed for you" in your favorite classic design.

Next was executed two militants from the album "Elven Manuscript", but also in interesting arrangements.

"Hour of trial" they performed in a jazz style, and "play Your Way" style of country music. This unusual performance was a great pleasure, as it's nice that the band loves to experiment and to bother about such moves, while not completely spoiling the song and pleasantly surprising the audience.

Beautiful "Country of Oblivion" and her not less beautiful song in the English language "Charmed by Eyelashes". Then the second time and it was in St. Petersburg was filled with "the Curse of Endless Years" from the new album "the Legend of Cantarana".

"Choosing time" and "Eternal warrior" rocked as usual with a Bang, but after the song "come Back" the weather could no longer hold on and shed your tears in Saint Petersburg.

Between songs Eugene very much and had a nice conversation with the audience and very often they would exchange jokes with Yuri Maliavin, the founder of the band, main composer and author of all songs "Epidemic" that with all this backup singer and guitarist.

The song "New Day," Eugene sang very friendly with the entire audience, although really every song the fans sang losing his voice and this Association created an incredible atmosphere.

Then again experiment with the arrangement - "Drunk Talk" the band played reggae.

Then, in classic acoustics, they played "Jingle of Coins", "the Moon Rose" and of course "icy Rider" that knows the person is not even listening to the band. The song staged a flash mob: people were given green and blue pieces of paper that people have made for lit fanatics phones. Everything turned out very nice.

Then they performed "the Confession of the first God" in the disco style, and people again began to dance, but guys this was not enough and then "Journey beyond three seas" they performed in the style of Russian folk songs. So many smiles I have not seen in concert.

After finishing the song Eugene said a lot of nice words, said he hasn't seen Peter in such a warm and loud audience, called the concert, "one of the best in history."

The magic can't last forever and the Epidemic we perform the final song, "goodbye my home", then Evgeny Egorov presented each member of the team who gave us this holiday and they all bowed and left the stage to crazy applause.

This concert was so warm and sincere that even the wind and the rain couldn't spoil this magic comes from musicians.

The group is growing, experimenting, recording new material and don't forget to delight the viewer with the old hits.

The feeling that you have attended the jam session and not a concert so they are all done beautifully and with soul.

So the big acoustic concert under the open sky, was held with such success, that no tale to tell, nor pen describe.

See photos at the link