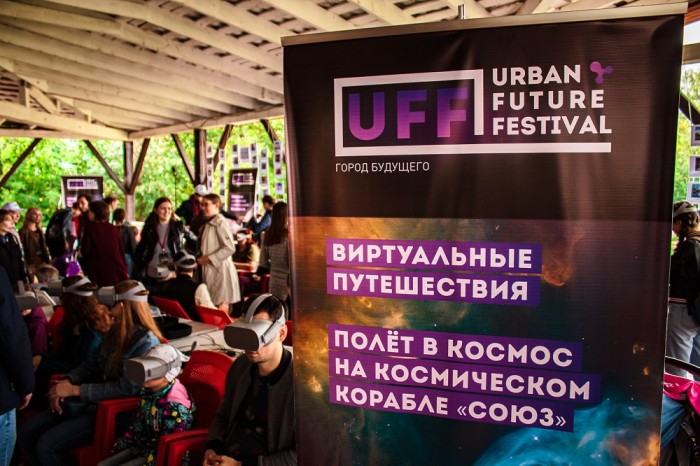 On 24 and 25 August 2019 in Kirov for the first time held a festival dedicated to modern science, advanced technology and new Russian art - Urban Future Festival. For a few days Alexandrovsky garden and a Children's space center. Viktor Savinykh became the focus of innovation and breakthrough ideas. Two days Future Urban Festival was attended by over 5,000 people.

"We hold the festival, which, without exaggeration opens a new page in the cultural life of our city. It is very gratifying to see so many young people, schoolchildren, parents with children. After all, they soon will create the future of our city, our country", - said at the opening ceremony the head of administration of Kirov Ilya Shulgin.

Entertainment, lots of interactive areas for children and adults, street art and virtual reality experiments and experiences, creative and scientific workshops, lectures from leading experts – during the festival everyone could find for itself something new, interesting and informative. Despite difficulties with weather and logistics, all declared in the framework of the festival activity and lectures took place.

"A delicious serving of the enlightenment, modern performance and electronics"; "Urban Future Festival for the first time in our city. It is impossible to pass, Some of the most memorable weekends of the summer. Great meeting! It was very cool and informative" – shared experiences on social networks, guests of the festival.

The General partner of the Urban Future Festival was organized by "Rostelecom". The company's stand were presented new technologies, advanced solutions for smart cities and interactive robots. "I am sure that many cities of the Volga region would like to host such a spectacular and unusual festival. "City of the future" today - not futurism, but a reality. Today "Rostelecom" participates in the creation of smart and safe cities, high-tech environment for business and comfortable environment for urban residents," - said the Deputy Director of macroregional branch "Volga" OAO "Rostelecom", Director of organizational development and personnel management Irina Maltseva.

Urban Future Festival was held with the support of the government of the Kirov region and the city administration of Kirov. Partners of the festival: hotel Four Elements Kirov, Kids space center. V. P. Savinykh, the First city channel. Organized by the PMI Corporation. For the company Urban Future Festival in Kirov has been a pilot project on the organization of entertainment events in the country. It is planned that the festival will become an annual tradition.