Garik Sukachev - "Werewolf with a guitar" in Kazan 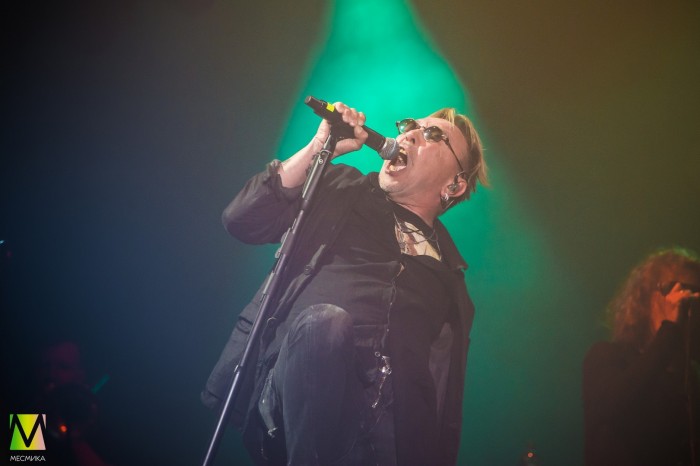 Every concert of Garik Sukachev is always a feast and a unique drive that leaves no one indifferent. Perhaps, left our rock-n-roll scene as original and charismatic frontmen able to ignite the room from the first seconds of his appearance. And from anniversary tour of the show with the biting title "GO" many people were expecting something big. And waited not in vain. September 28, Igor Ivanovich and his wonderful group, which among other things was brilliant and Sergei Voronov, simply "blew the room to pieces" (figuratively speaking, of course) and "raised the audience's ears." During each song, he played a real mini-play, which it seems nobody could look (by the way occurred and large video screens that broadcast what is happening on stage, and light show). Observing all this public "outrage," was the impression that Igor has become the living embodiment of freedom and artistic freedom.

And the concert, meanwhile, was gathering momentum. One after another sounded such netlenki as:"the Man in the hat", the"Right to choose","Hey, the driver turns to hell","train","How much can you tolerate","ol","Bird","Song of the free hand (Bella Chao!)", "10,000 miles","give me water","White road","White hat", etc. a Pleasant surprise was the performance of a relatively new song "246 steps" from the upcoming album (the release of the album is expected in late October). And what happened after the release of the band for an encore during the performance of "My grandmother smokes a tube" and "love me", to describe in words is almost impossible. It was a true rock-n-roll Sabbath, one of those that is remembered for a lifetime.

In General, the performance of Garik Sukachev and the campaign certainly became the most driving and memorable rock concert of this year in Kazan.It is a pity that because of the abundance of armor-piercing hits in the program again is not got many more rare, but no less perfect compositions (for example,"WatchTV","smallest sound","Crying","it was Not us,""the Death of "Kursk", etc.). However, it is clear that you cannot please everyone. Yes, and it is obvious that without some "mandatory militants" the audience just will not let go.

PS:after the concert I wanted to revisit the Director's work of Igor Ivanovich,"the Crisis of middle age" (1997),"the Holiday" (2001) and "house of the sun" (2010), each of which in its time was a major event in the world of cinema and has had a powerful impact on the Russian audience. Ah Yes, Garik...