Interview with Fabio Pirola - conductor of the Concord Orchestra 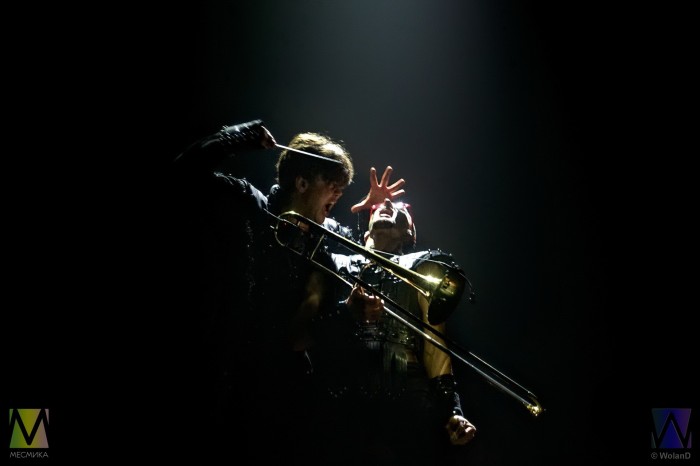 9 Oct 2019 Concord Orchestra — the world's first dancing orchestra under the baton of Fabio Pirola — presented tularam his new show "Lord of Darkness". For the second year in a row Mesika interviewing the conductor. Cyril Mefodiev talked to Fabio about the new venue, new show, musical experimentation and future plans.

Hi, Fabio! We have not seen for almost a year, and I'm so glad to see you again and talk to you. Like the mood after a good dozen shows non-stop?

I am also very happy to meet you, our interview, I'm glad to be back in Russia, to return with a fourth season, which we recently started. We are back in the Tula, it is somewhere in the 15th concert of our big tour across Russia and then to Europe! And I'm very pleased to be here.

Okay! The Concord orchestra again in Tula, and you finally came to us in the GKZ – the best concert hall of our city. After the first act of your show, what can you say about the gym? How do you like it light, acoustics?...

Yes, great room! A huge stage, which is very convenient for us... to move freely and dance properly, do the right show! Often there are very little scenes that are extremely uncomfortable. And today – just fantastic! It's just a pleasure for us, very comfortable. And we are full of energy and ready to give you everything I can.

So it's great! What is the mystical idea of your new show?

The Lord of darkness! This is a very interesting story. I want to note that there are two main features. The first is that the story involves a video that we recently released, and it's about the middle ages, about the fantastic time with the knights. The times when people fought and died for their ideals. So that's the first idea.

The second is the tale of the Lord of darkness. Why he became the dark one. But because in the beginning there was a character named Conrad, as you can see in the clip. In his childhood he witnessed as the dark Lord killing his mother. In this regard, he harbored in his heart a thirst for revenge and later, when he grew up, he decided to go to war with that dark knight. BUT! unfortunately, he can't do that, because his colleagues decide to give him to the Lord of darkness. And in this case he will die. But in reality he changes. And later comes back stronger than before. Returns to avenge the death of his mother.

Oh, scary story... Fabio, have you thought about getting able to execute not only the ROCK hits? And, perhaps, pop... or so fashionable nowadays rap.

I want to say that this format – it fits in any repertoire. That is, we can make the production and classical music, and rap... it may be pop no matter! We started with rock because it's cool, and we love rock music. But I think that in the future we will experiment and expand our repertoire!

Bring it on! Like you told me last year, you dream to play together with the Rolling stones or Deep purple. In the same year, you have a tour not only in Russia but also in Europe – your dream becomes closer! And we look forward to your new series of duets with the authors of hits, covers of which you perform

Oh, Yes! You're absolutely right! We are constantly improving, growing. Every year our tour more and more. The first season we started with 35 concerts, and today we have 110 cities on the tour! This is more than three times (almost four times) larger than the number of events of the first

season. And I'm very excited about that. I'm very Pro-rapprochement with Germany and hope to meet and collaborate with one super big star there...

Listen... well, I can only congratulate you on that and -- and to wish you good luck!