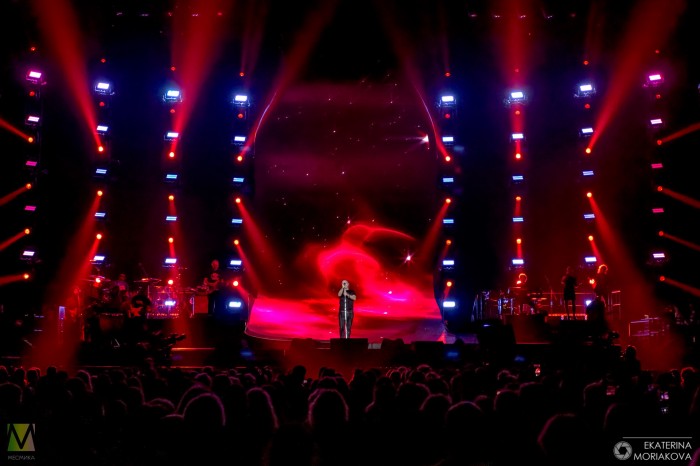 How often do you think the power of music? For some, it's just a noise coming from the column and interfere with the figure, and for many it is the real medicine to soothe the soul and bring thoughts in order. She conveys important information to people and makes you think, and the author of the melody and the text a little and lets the listener into his life. Grief and happiness, love and betrayal, UPS and downs - it's all you can hear in other people's songs, and some listeners will likely find in the works of this man a part of himself. One of such agents is precisely the Italian author and composer Eros Ramazzotti.

For nearly 40 years, the artist stirs the hearts of his fans not only in his native Italy but also around the world. Exciting beautiful music is the business card of Eros, and the lyrics, sung in every corner of the Earth, despite the fact that they are mainly in Italian language. During his long career he has recorded 18 Studio albums, the latest of which was released in 2018 and is called "Vita, Ce N'è". In support of the album, Eros Ramazzotti and went on a world tour.

Eros Ramazzotti - a frequent guest in Russia. His concerts are always sold out and this year was no exception. The concert took place on 13 October at the Ice Palace. The crowd simply flowed from the subway to the place of performance without interruption. Long queues at the Ice was not, for that special thank you to the organizers and local workers. The launch took place quickly, no queues, no crush and other unpleasant factors. The hall was also launched immediately, and the people quietly took their places with smiles on their faces in anticipation of the show.

Exactly at 19:15 in the hall turned off the lights and started playing the Intro. On the big curtain that hung in front of the stage showed a short clip. Eros Ramazzotti riding a horse, and when it reaches its goal, the video ends and the curtain falls down revealing the stage with the musicians and the singer, who immediately perform the song "Vita, Ce N'è". When you are finished, the musicians immediately began to play "Stella Gemella", during which Eros brought a guitar and he finished the song with a beautiful solo party. During the performance of "Favola", on the screens of the installation began to appear flowers that glowed bright and warm colors, and after finishing the song, they played "Ho Bisogno Di Te". 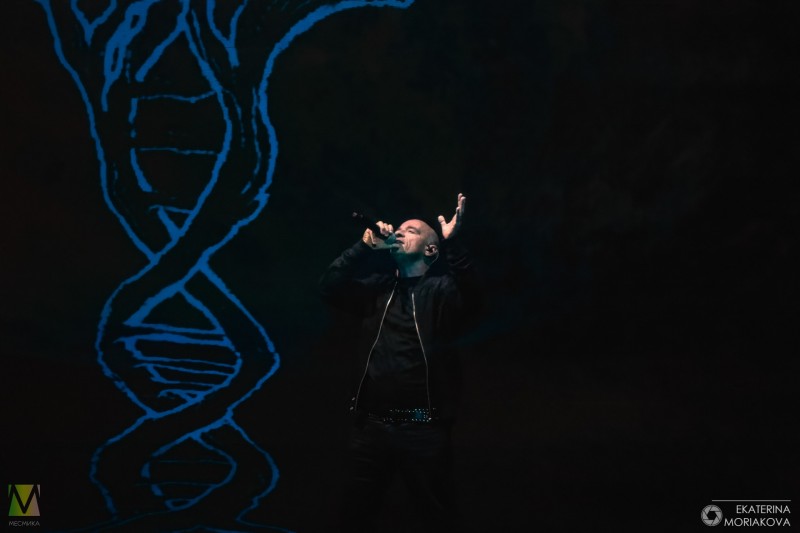 “Hello Saint Petersburg, how are you? began to speak of Eros and immediately called to the scene interpreter that has continued to translate every word, and he, in turn, followed by trying to repeat it in Russian, that looked very funny and cute, good evening. I love you very much! Many years ago we were here and came today to be here for You.” 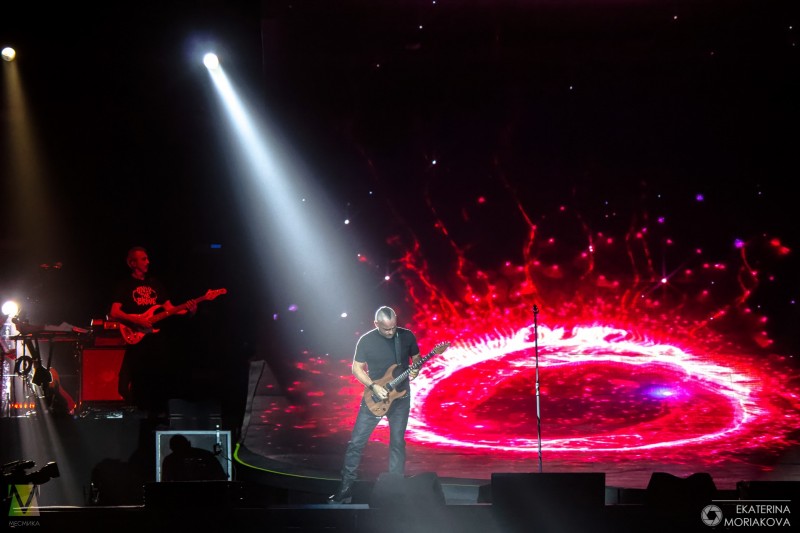 Played a powerful drum introduction of the famous drummer Eric Moore and the ceiling of the Ice was covered with hundreds of lasers, and Eros with a group played "Terra Promessa", during which he went into the hall and danced with a couple women slow dance. After gestures Eros asked that all rose from their seats and approached the stage and calmly contacting the crowd sang "Dove C'è musica" and "L'ombra Del Gigante". 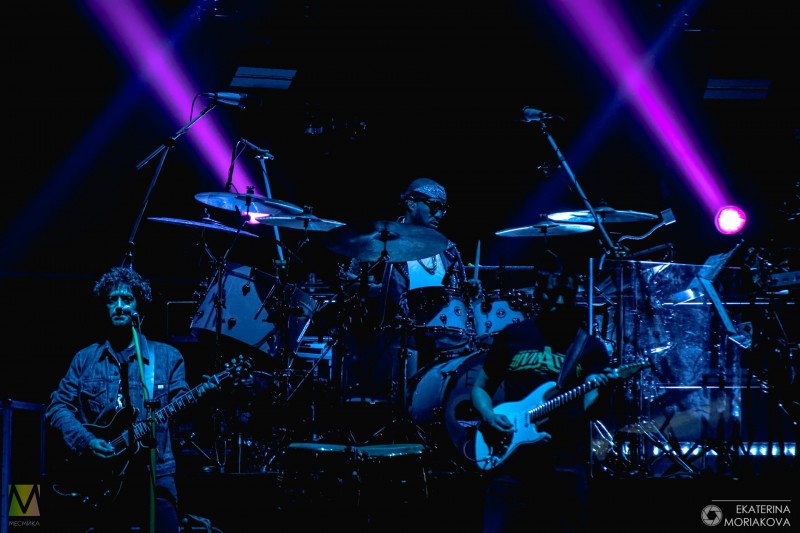 Then played a medley of three songs: "Un Attimo Di Pace", "emozion UN Per Sempre" and "Quanto Amore Sei", and then the Ice was filled with a beautiful introduction on the piano, so it's time for "Buonamore". Then, with the support of one of the backing vocalists were filled with beautiful "I Belong to You". 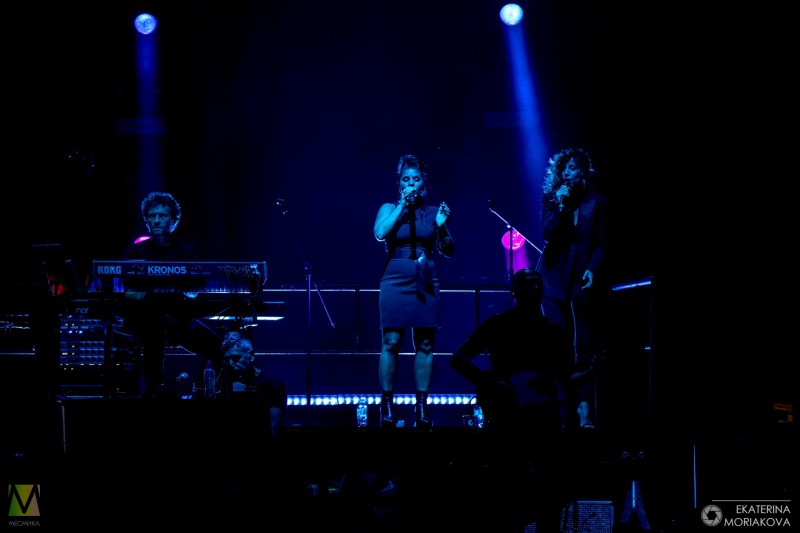 The lights went out and joined videos about the problem of ocean pollution, the harm done by plastic animals and about the consequences that can occur to us in the near future. When the screens appeared the words "save the ocean" Eros thanked everyone, took the stage in a silver jacket and a white Grand piano played "In the Promo Piano". After the song included a second video clip, which was already the promise associated with the harm technogenic character and his influence on the people and the atmosphere. "We can change that!" reads the final phrase of the movie, Eros and also thanking for the attention, played a medley on acoustic guitar, performing four songs: "Adesso Tu" "L'aurora", "Una Storia Importante" and "Un Angelo Disteso Al Sole". 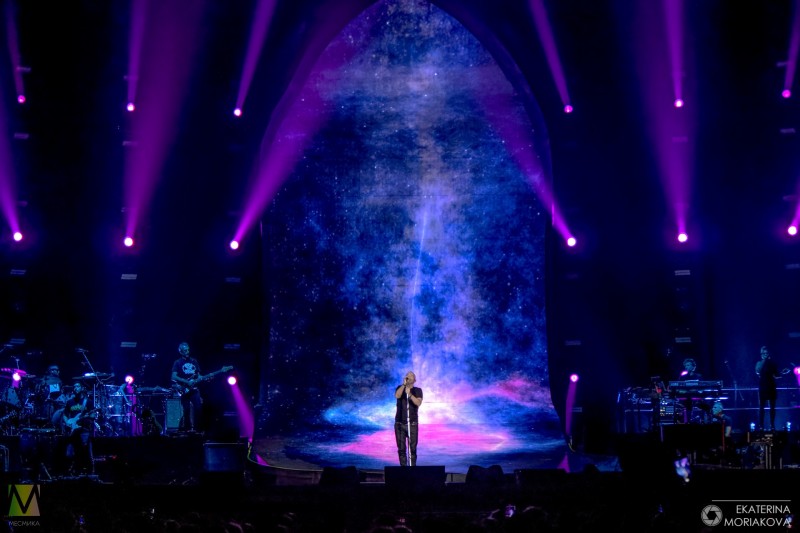 Appeared on the stage all the musicians, and the performance of "UN'altra Te" not long to wait. Then Eros joined the second backing vocalist, with whom they sang a duet of "Pui' Che Puoi". 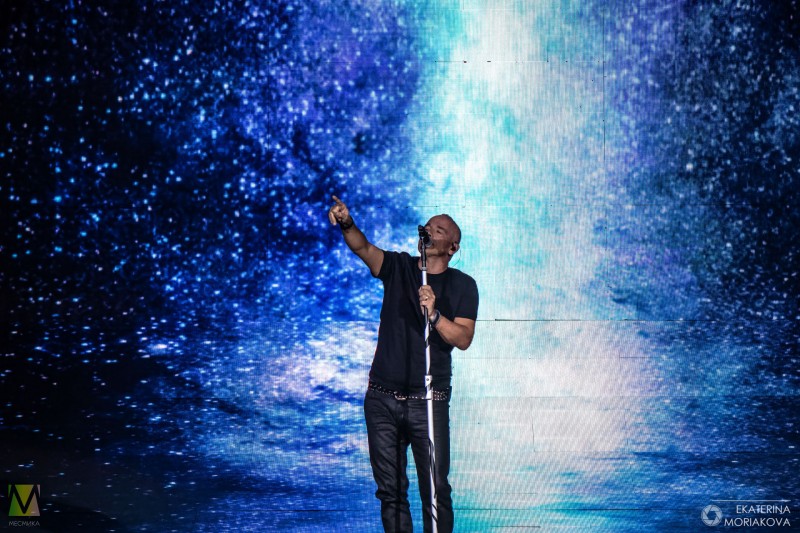 In the hall stood an incredible home atmosphere. People rose from their seats and quietly danced and sang their favorite songs. Nobody was hurt and indignant, so everybody was enchanted by Eros, his musicians and his simple but very colorful show. Eros was walking down the hall, hugging people, waving to every corner of the hall and loaded all my love and dedication. One flew "Se Bastasse", "Per Le Strade Una Canzone", "Cose Della Vita" and "Musica E'", which was gently performed on the saxophone. 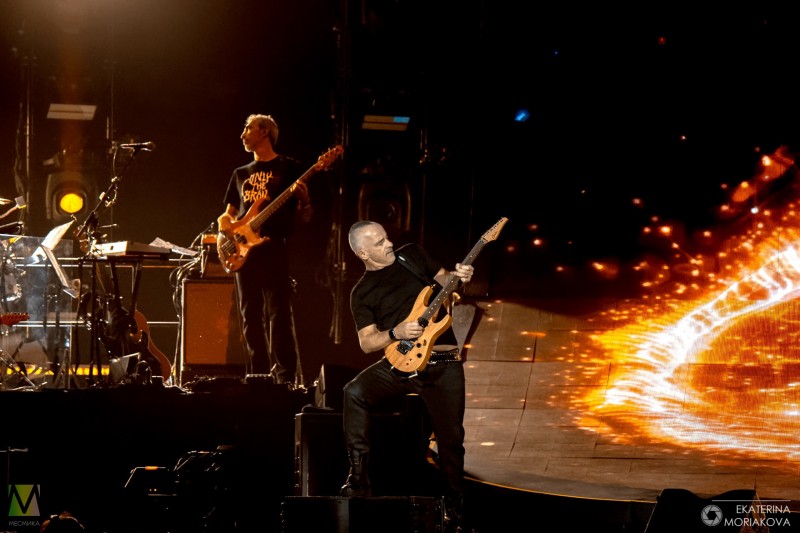 On encore was played two songs at once: "Per Me Per Sempre" and "Senza Perderci Di Vista". Between Eros presented each member of his group, and those after presenting improvised a little on their instruments. 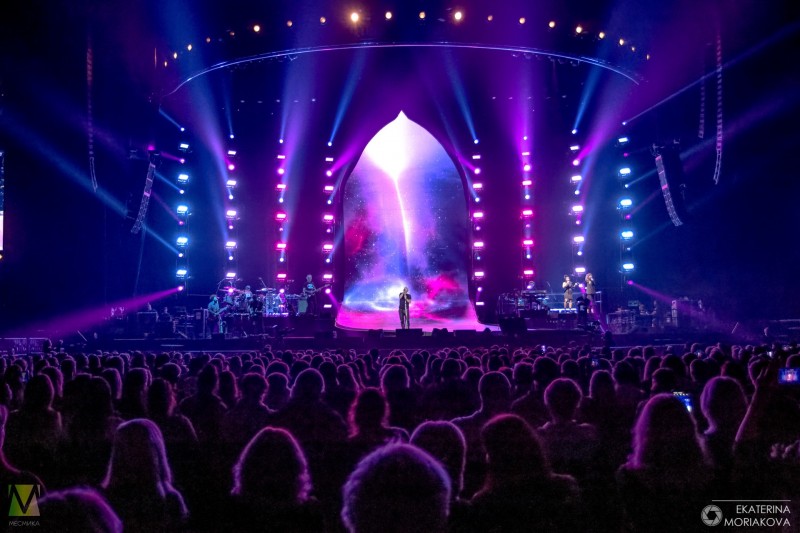 Finished Eros and his team their performance of the song "Più Bella Cosa", came to the center stage, bowed and went to the dressing room to relax a bit and tomorrow to continue his journey and to give warmth and your creative light to other people who need.