Boris Grebenshikov. From the present to the past 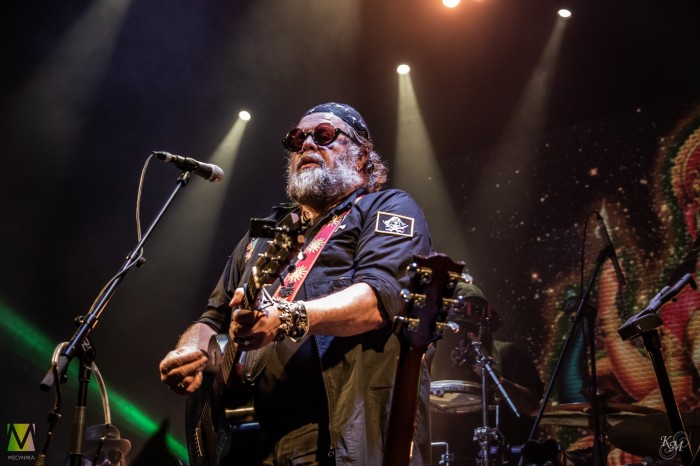 In anticipation of the concert of group "Aquarium", which will take place on 19 December, in St. Petersburg, on 3 November, there was an excursion on the life of Boris Grebenshchikov, the frontman of the band the AQUARIUM and memorable places of Russian rock in Leningrad.

The tour started from the Mikhailovsky (Engineering) Castle on the yellow retro bus LiAZ "Lunokhod". It is on transport this time in Tallinn Grebenshikov met with a group of “time Machine”. 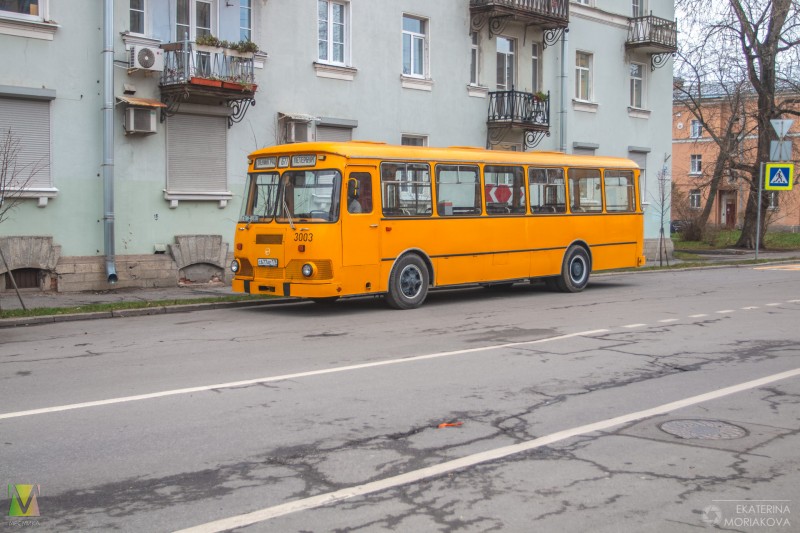 In 1974 BG with their friends began to speak on the steps of the Mikhailovsky Castle. Once they drove off the police, who had been the destroyers of statues in the Summer garden. However, in the foreign media after some time, began to talk about the fact that "the Soviet police broke up Russia's first rock festival, where they arrested over a thousand people".

Birth of the AQUARIUM is year 1972 and was founded by Boris Grebenshchikov, together with Anatoly Gunsim, also known under the nickname George or Old Rocker, Soviet journalist and writer. Like most groups of that time, until the mid-eighties the group had to lead a semi-underground way of life. Recording of the songs took place in the home or in informal music studios. One of these was the Antrop Studio.

One of the often visited places in BG was Saigon, which you can often find references in his songs "Be for me as a Bank," "Heroes" and "Farewell to Abadsky dear."

Saigon is the legendary Leningrad café, located on Nevsky Prospekt, 49, Vladimir prospectus, the house 2 at the restaurant "Moscow", where he loved to gather all of the creative intelligentsia of Russian rock.

BG also liked to be in the apartment on aprashke, which was located at the address: Apraksin Dvor, building No. 3. The owner of the apartment was Tatyana Apraksina - Soviet artist and writer, editor of the magazine "Apraksin Blues". It was there that he met Mike Naumenko, leader of the group “Zoo”. With the 70s, the apartment has changed little, however, to get there is as hard as in those days. 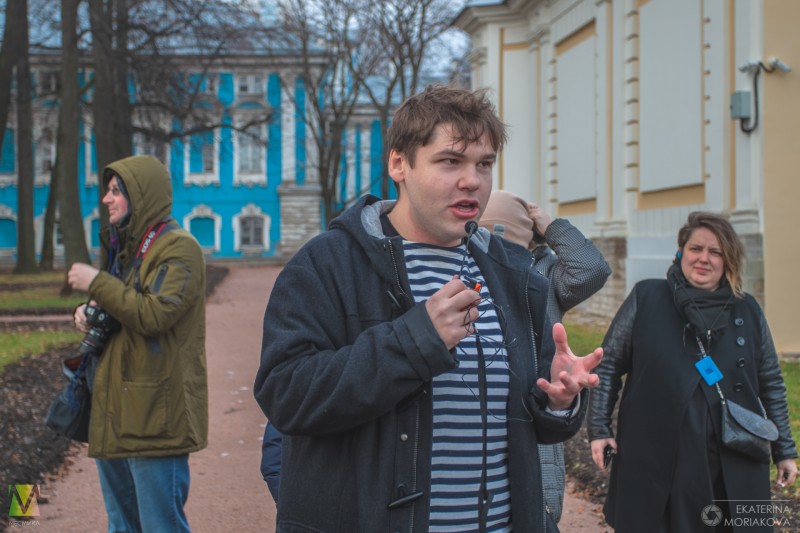 The bus moved to the walls of the Smolny Cathedral, which was written in 1978 the first Soviet Russian rock album, "all brothers - sisters". Just imagine. The box, on the microphone, the cord which was stretched a yard through the arch and led to the apartment door. Around the box sat Boris Grebenshchikov, Mike Naumenko and Michael Feinstein. In memory of BG and Mike took pictures near the arch, picking up a book of poems of Bob Dylan, an open bottle of dry wine and a cigarette. 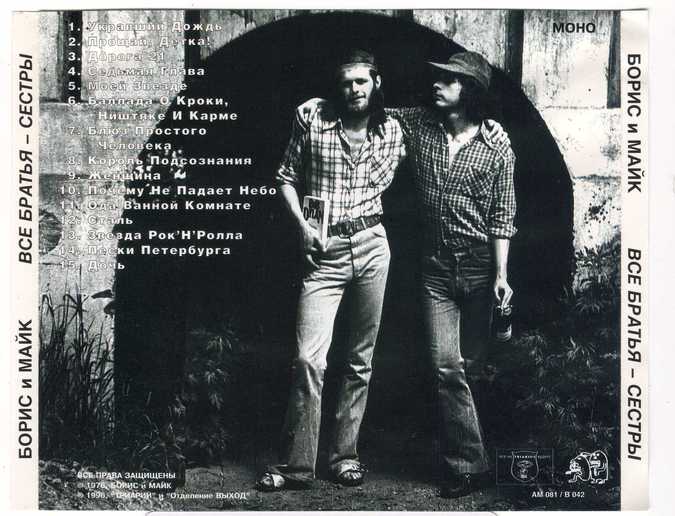 Only a year later, the album was recorded in a Studio. The album was made a photo shoot and memorable photos were on the reverse of the cover of the album.

Despite the settled Foundation and reconstruction of the building, the arch partially survived and today anyone has an opportunity to take a photo as the album cover. 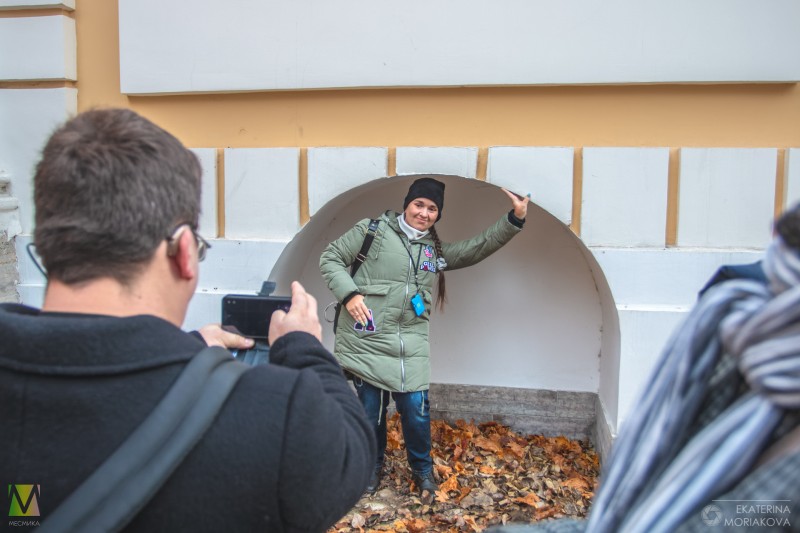 Another person who left a bright trace in the musical group the AQUARIUM was Andrew Tropillo a full participant in the group and the Bender of his time. He founded the Studio Antrop. Moreover, it appeared thanks to his insane charm and wit that helped Andrew to tape in the Studio "Melodies and sounds".

Studio Antrop was mounted in a facility where clubs were for the pioneers. In the morning, held children's classes in the evenings, and come here already not children, but the real creators of the time.

Several years after recording their first album in the spring of 1980 a group of AQUARIUM made in Tbilissi at a rock festival. Because of misunderstandings of the words in the songs of Boris, on arrival in Leningrad, he was expelled from the Komsomol, dismissed and dismissed. 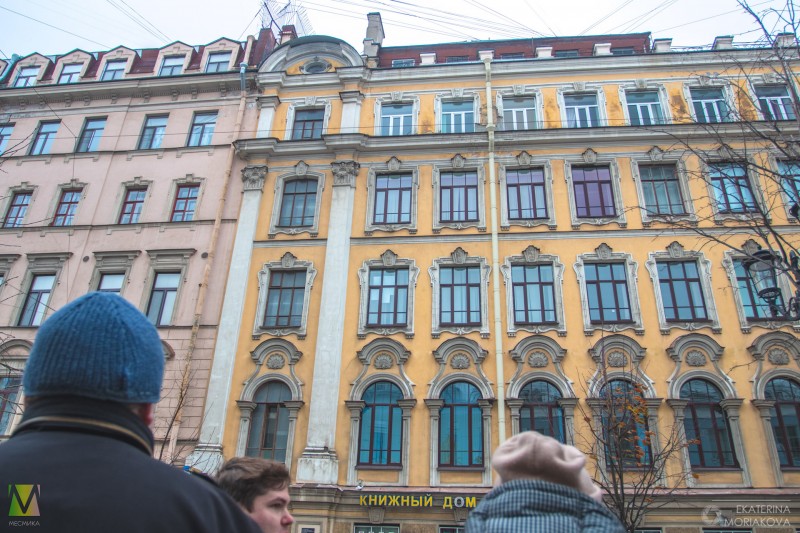 Ended the tour around the house at Malaya Konyushennaya street, the house 5 (in Soviet times it was the street Sofia Kovalevskaya). Here Grebenshchikov collected their famous concert in the large kitchen. People usually have so much that young girls were put on the kitchen cabinets. From the kitchen access to the roof, where stood a table. Boris Grebenshchikov often liked to “drive teas” Zap him. 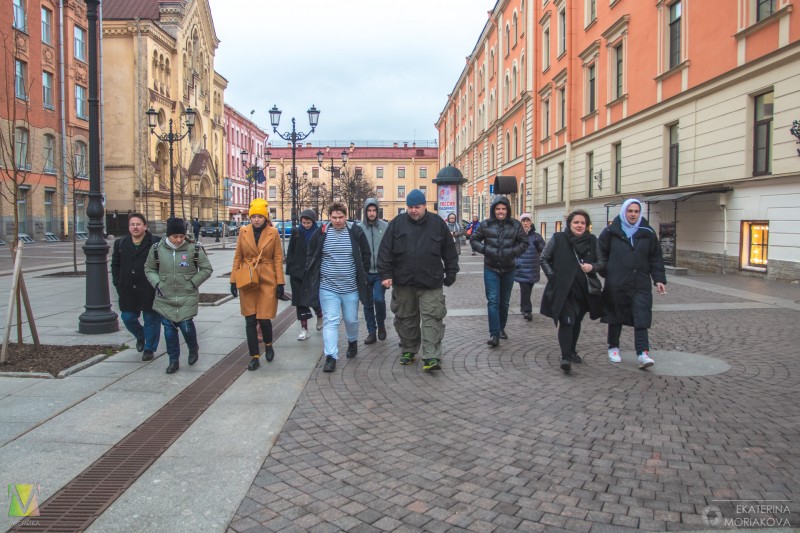 On the stairs in front of the apartment was always a lot of people who came from other cities and were eager to see the idol. All the walls of the entrance and courtyard were painted declarations of love by the quotes from his songs. And on the sixth floor for some time was a real gift from fans - smashed piano with the inscription: "Bob, is that you better have written!".

Find all the pictures here => https://mesmika.com/albums/2966-ekskursija-po-sledam-borisa-grebenschikova.html

The tour was conducted by Andrew Jurkov.

The Organizer Is Doing Great Agency