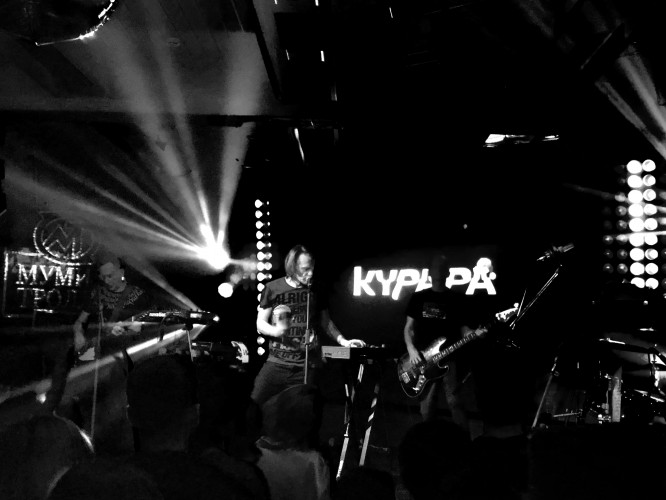 On 4 January visited Moscow Ural indie band Kurara. Traditionally, the Christmas program was built on the basis of applications that fans sent to the public executor in the weeks before the concert. Thick groove in a wall of sound and an exceptionally Ural irony of three components, stated in the announcement, was fully presented by the musicians.

The group began almost without delay. Its leader, Oleg Yagodin, was greeted by happy fans, wishing all a great party. Almost all the songs sung in concert, was well known to all who came that day in Mumiy Troll Bar.

Not so long ago the guys released the album Kafka. With him, the band successfully toured several cities. The overall mood of the album and the atmosphere at concerts as part of the tour was rather depressing and philosophical. This time it was a real holiday, New year. The musicians were asked by the mood, the fans gladly sang along with the vocalist.

This time there were no kisses. On one of his recent solo Yagodin down to the dance floor and made out with strange girls from the first row. However, the hall is dominated by love , if not to say hot.

As an encore they played most popular songs - Kurara-Chibana and a few of the hits.

Something magical is in the music. Whether immersing in a trance the bass, or the look and the voice of Oleg, whether it all together. But the fact remains. A group of Riot has been and remains one of the most original and definitely worthwhile groups, including representatives of the Ural indie music.