Premiere of the Lorica in Saint-Petersburg 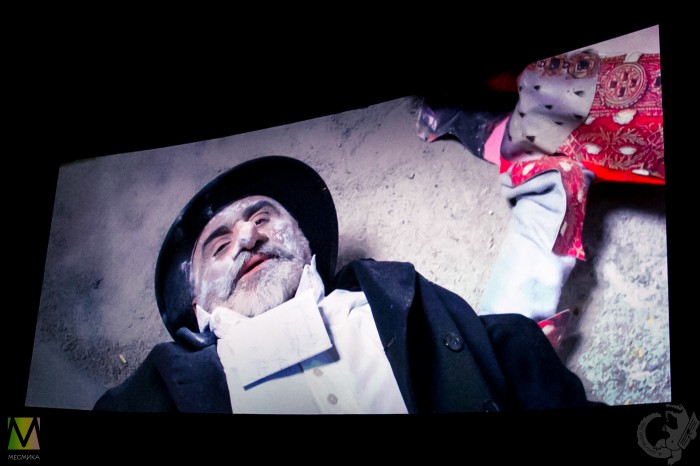 March 1, in St. Petersburg hosted the premiere of the film Director Alexey Zlobin “Lorik”. It was the debut of Alex in this role, but experience of creative work it is very rich. The actor, who starred in Bodrov Jr., Fomenko and even German (even playing the “heel of a dead slave”). And that screens out a surprisingly light mystery family film “the Lorica”.

“Lorik” has already won numerous awards at international festivals around the world. Recently the film was presented in Moscow, and in the first day of spring the turn to the native, the Director of Petersburg.

The first spectators came out Alexey. Delivered the keynote speech, remembered fellow Directors, and friends. Asked to write reviews and invited the producer of the film. Dilos introduction short-lived and five minutes later began the session.

“Lorik” the film is about a talented but somewhat egotistical actor, Lawrence, named in honor of Laurence Olivier. Around him full of life, people live and die, suffer and love, but he sees nothing but his roles. Once the theatre closes for the needs of the campaign headquarters of the local Nouveau riche, and the Lorica is not just without work, and without work all life.

He has to look around and realize that life is not a fairy tale about Alice in Wonderland. But we should work a miracle, when we believe in him? When your every day without noticing it? With Lorik is starting to happen, different magic, which allowed him an entirely new way to look at ourselves. And change let local, but the vast world of the people around him.

An unexpected ending is even more stirred up emotions and someone was forced to cry. But that's life - with all its surprises, and not very happy.

This film is worth a watch in any mood. When sad or “stuck” with the monotony of life. Or when you feel ready to perform miracles, but needed a little push. Or to show their children how little it takes for the arrival of magic. Let the plot is built on a fairly rasprostranena receiving migration from body to body, but played in a scenario this is unusual and the characters and actions of the characters not boring or stereotypical.

Well, the unique Armenian flavor, the heat of this country is simply out each frame flows. Here is a beautiful journey awaits you, if you want to see “the Lorica”.