In Moscow took place the premiere of metamusil "Castle of dreams" 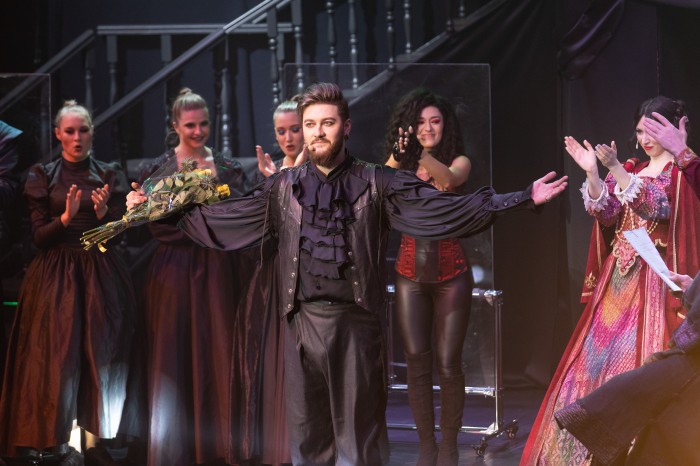 March 6 and 7 in Vegas City Hall premiere screenings of the musical "Castle of dreams", offering the viewer a modern musical format with the prefix "meta".

So its creators define an expressive combination of music and choreographic styles and genres: from classical and jazz to hip-hop and contemporary.

Director Igor Rubtsov, the author shows "a Streetcar named desire," "matrix," "On seven winds" etc. says: "In this music project we decided to combine what are usually afraid to join. We take a completely different styles and adapt them into our history, while maintaining the integrity. For example, in the mix dance classics with contemporary Waugh, modern or street jazz. So with the costumes: medieval elements of parts of clothing mixed with the details of modern clothes. We tried to make a seamless story from slovosochetanij details".

Unique metaplot immerses the viewer into the subconscious of the protagonist, where events unfold the mystical love story. Visual scenographic design of the performance is filled with ladders, mirrors, frames, lighting modifications, forms a timeless space, which also is easy to get lost and test yourself on the knowledge: classical choreography gives way to futuristic costumes and rock prevails over Oriental sound.

The creation of such a metaphysical conglomeration of musical and visual images are hard to imagine without a large creative team of like-minded people.

In the "Castle of dreams" along with young artists busy famous musicals soloists: Igor Portnoy (MAMMA MIA!, "Beauty and the Beast," "treasure Island," "Jesus Christ Superstar", the canadian production of "phantom of the Opera" and "Ragtime"), Andrey Belyavsky ("Graf Orlov", "Scarlet sails", "Notre-Dame de Paris" show Ilya Averbuch "city Lights"), former vocalist of the group "Leningrad" Maria Olkhov, who had to work in the company Stage Entertainment ("the little Mermaid", "Cinderella", "beauty and the Beast" and "singin' in the rain"). The author of the libretto and of the musical material musical – Ely Litvinovich. Choreographer of the musical is Anton Nikolaev.