RAGE INSIDE helped quarantine: no statements, we sat down for writing new material 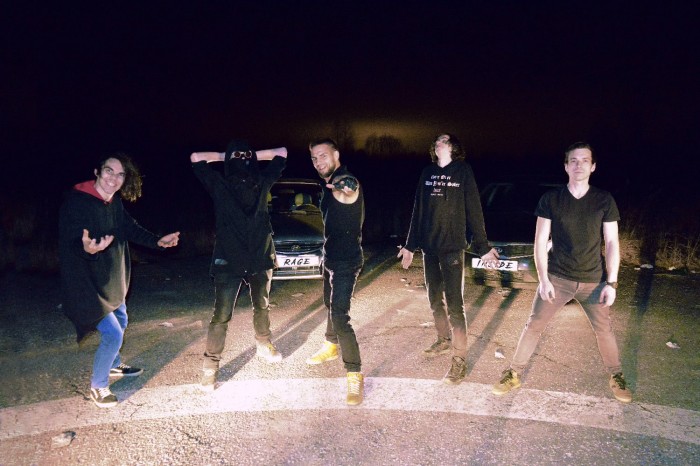 Why the composition changed? All peacefully? PP party a little :D
What is the probability that someone from a bygone musicians will once again be in the lineup on a regular basis?

We parted peacefully, communicate to this day. On the "Dobrofest" here're all going to be going in the same camp. Why the guys left the band. Drummer, Ilya was with us on a temporary basis. In addition to “Rage Inside” he still has a project in Moscow with old friends, and a group of ”Dia-Fragma”. So from the start we were looking for a replacement. The theme, the guitarist, also in parallel for a very long time played in the band ”Dia-Fragma”, was with them at many concerts, proigrala there. Besides, he has side projects on YouTube; in addition he got two jobs, two children. He just tired, not enough time for a life outside RA. To replace him came our old friend of Likino-Dulyovo Pasha Gorlin. The guy is very skilled, learns fast, grasps on the fly. In principle, we do not have any problems with the change of composition

The change of composition was prior to the invitation to DF or after?

The line-up change occurred after the invitation to "Dobrofest", so, by the way, in the official group of the festival hangs a picture of our old demos.

It has become easier to recruit new composition (like dude, there is a slot on the DF), compared with if the slot were not?

New members of the group, of course, pleased with the opportunity to speak for DF, but, primarily, they are interested in the development prospects group, the prospects of joint work and so on.

Do you plan to record soon an album? Any ideas? Planted new musicians, or they were already? The quarantine will promote early writing? :D

In principle, we are already writing new material, and it will be a full album, not the IP. We have already done about 2/3 of the work, there are new songs. We weighted the sound, in our opinion, it has become even more interesting. We have our own personal deadline: we plan to release the album before the "Dobrofest". How funny would it sounds, this helped us to quarantine: no statements, we sat down for writing new material.

As the fact of the cancellation of mass events affected the future plans of the band?

In principle, we have nothing really has changed in connection with the quarantine, just became a lot more time on creativity.

The question arising from the previous: if you cancel a DF, what are your plans (the group) for the summer?

About DF I can say one thing: "We sincerely believe he will be!". But if, suddenly, everything will happen otherwise... we Will continue writing material, development of the group. The plans, incidentally, to make a new video. In short, to get upset no one is going, ”Rage Inside” in any case will move on!