Paul Khvaleev: as soon as possible, the crew will start filming the video 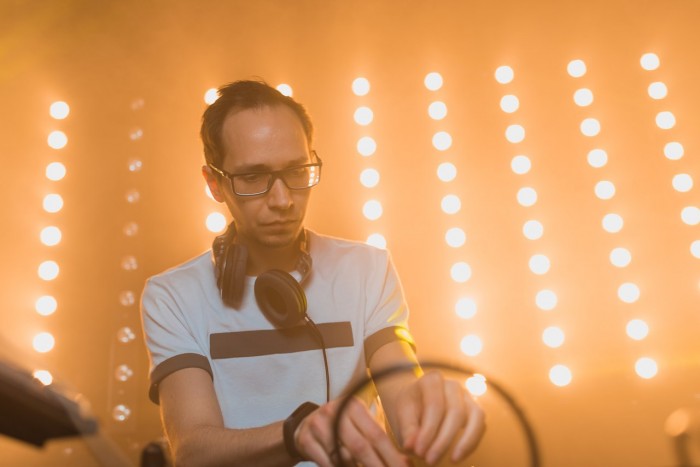 The name of Paul Haleeva inscribed in the top 100 best DJs in the world by DJ MAG in the composition of the MOONBEAM, and 2019 Pavel Khvaleev became the winner of the Red Bull Music Kitchen, and in 2020 it together with the team and family is experiencing isolation. We asked Paul about the music for the quarantine period, productivity in this difficult period and will we see soon his new film.

How to survive quarantine with the team? Tell us about your online project "Musical quarantine."

For us, despite the seriousness of the situation in the world, quarantine has opened up new opportunities. We already had two live-concert at the European online scene, Shiny People. And prepare for another vocal live platform on the Dutch label Black Hole Recordings.
A "Musical quarantine" is also one of the new areas in which we are now deepened. Although just a year ago we thought about this format, but could not understand what exactly you want to convey and in what form. Thank you isolation!

Does the isolation on the productivity, i.e. more difficult or easier to write new material?

Affected for the better, oddly enough, feels now much more work than before. But being with 2 year old child in the same space, often have to close the door to the Studio :)

In April was to be held the world premiere of your new feature-length Thriller "I am awake". It was moved together with the film festival Imagine Film Festival? Will see if the world your work?

The festival was transferred to autumn, but it's possible that by this time not all countries will open their borders, so it is difficult to predict will there be a show this year. One can only hope for a favorable outcome for all of us.

It seems to us that the current situation will provoke a new topic in art – the topic of a pandemic. You will find this theme reflected in your work? Maybe a movie associated with this period?

Our previous film "Involution" is concerned with the theme of pandemic, but not the viral etiology and hormonal failure (release of cortisol) in people on the planet. Thus start riots and uncontrollable behavior of the human masses. So indirectly we are already cover this topic.

Many fans, as well as the citizens heard that clip, Everything was filmed at Nizhny Novgorod flour-grinding factory. There are plans for other unusual locations?

Now to plan a little complicated, but of course as soon as you can freely move around, then we will immediately start to remove the clip on one of the tracks from my new album.

Have you ever visited Alfa Future People? Would like to act on it?

Was not at this festival not as guest or as speaker, but if the organizers suggest, then there would be made.

The first thing you will do when you cancel the isolation.

As I said, as soon as possible, the crew will start filming the video. And the second is: we will hold a live concert with vocalists in Moscow, which we had planned for may 29!

If it were your last day on Earth, what would it be?

Family, surrounded by only the most near and dear to me.