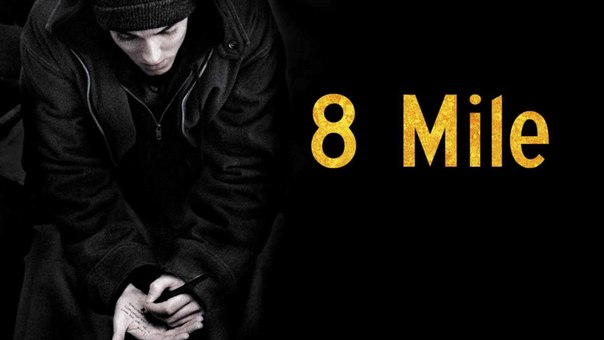 No matter who we are, where we live, we all somehow anything is limited. Many of us are happy with this, but others just have to accept it. But some of us are struggling to break out of these boundaries, to break through them.

The plot is tied around a young white rapper Jimmy, known as Rabbit (Eminem), who is trying to find his place in the hip-hop scene of 1995 Detroit. Jimmy Smith Jr. lives with his mother in a trailer Park within the highway "8 mile", the perimeter that separates the ghetto from the rich suburbs of Detroit. Jimmy works at the pressing plant, but his real life love.

Highway "8 Mile" becomes a kind of dividing line between black and white. It is also a psychological dividing line that separates Jimmy from where and who he wants to be because he struggles to find the strength and courage to go beyond their borders.

The film illuminates the culture from which is born the rap as an art form, provocation and survival mechanism.

"8 mile" tells a simple story about perseverance and triumph, where Eminem plays a role that is too close to his real life.