OLYA CH.: "The image is the opportunity to be open and vulnerable on the stage" 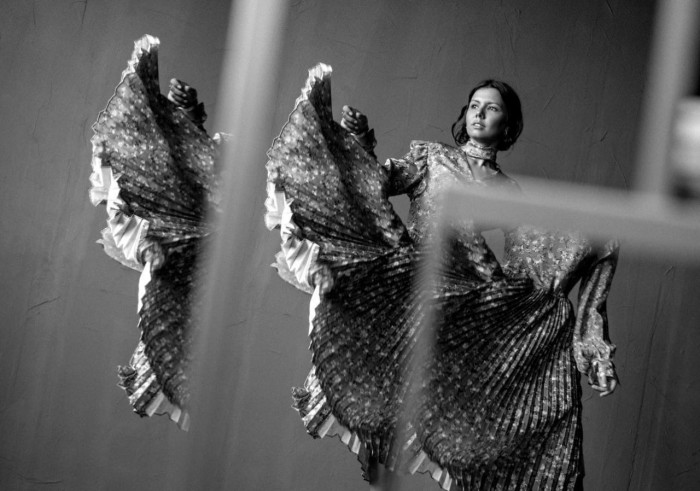 Notice: Undefined index: wrap_width in /myarea/web/mesmika/public_html/templates/boxed/content/default_item.tpl.php on line 49
>
Photo source:
The press service of the artist

In recent times, when new technologies allow us to create a show of any level, viewers often miss the main point - for the simple sincerity that is sometimes hidden behind a faux tinsel. This sincerity, insight and sensibility is filled with music Oli H, whose debut album "left Heart" was a bright musical revelation and expression of style, and the message that is inherent in it. This "autobiography of the senses", as precisely defines Olga. Those who have not yet become captivated by her songs, will be able to do this very soon at a concert in Moscow. About going on stage after the quarantine, the relation of music and nature, against the mainstream and the soundtrack to a dream, the singer said in an interview. 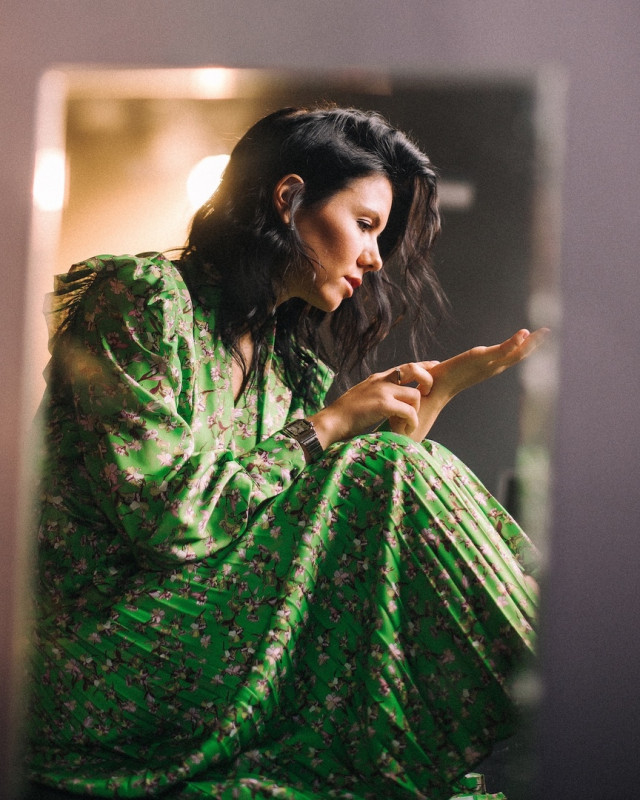 - From what point you're counting his personal artistic history?

I was always wondering how cleverly arranged memory. Why can't we recall, for example, the moment of our birth, the first meeting with the world, yourself? My personal point of reference, the first memory - broken Cup of orange color in the kitchen of the kindergarten. I distinctly remember the shrill sound, his endless echo. Perhaps, then, music for me and sounded. And then there was a music school and vocal Studio "Crossroads", and a series of competitions, and much more. But it all started with the broken Cup. Hope for happiness (smiles).

- What is the main difference of the project Olga H from your previous experiments?

- Start with the fact that she H - let and short, but my real name. So from childhood I was listed in the phone books friends and that's what I always called the closest. But only with the advent of copyright music this name has become absolutely natural for the project. Because my music is I'm real. I feel that the main difference between the author's project for me is the ability to be vulnerable, free and fearlessly to share something deeply personal.

- For what kind of movie you'd make up your ideal soundtrack?

- From a movie I love. My grandma Anna was the Director of the movies, so since my childhood and still I feel a special thrill when the hall lights. A pleasant anticipation of something new. Today, many people first heard my songs, say it's music for movie. Apparently, not accidental. The song in some sense - the same movie with its storyline, characters, tone. The difference, perhaps, in the means of expression. There is one movie that I can revise endlessly, "Love" (1968) directed by Mikhail Kalik. This black-and-white parable, honest conversation, an imprint of the time. And, in my opinion, one of the main roles in it were dedicated to music. Incredible music by Mikael Tariverdiev! It can be seen.
I hardly call a particular picture, to which I would like to write a soundtrack. But if someone is looking for and close to me today decided to withdraw its version of "Love" 2020 Chronicles of our time, just tried to voice one of the stories. 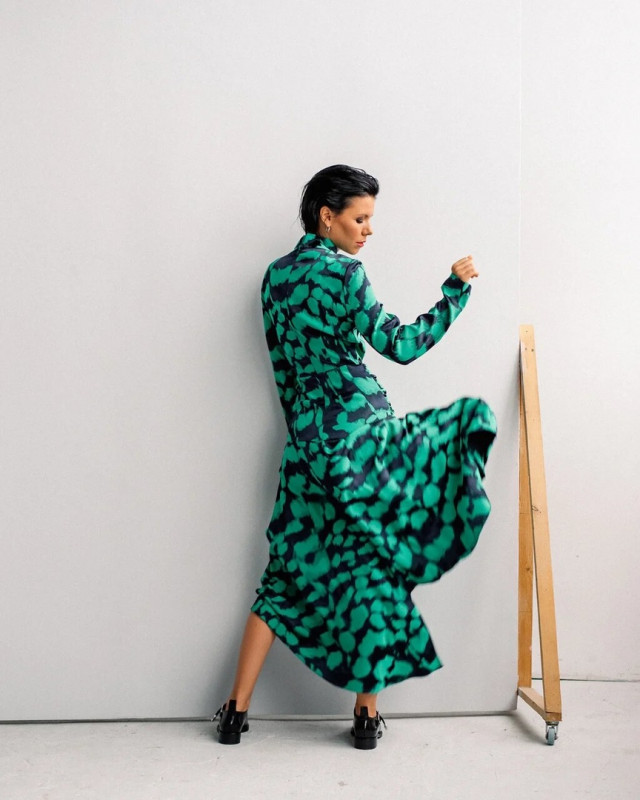 - You often say that music can be seen. What is the relationship of sound and image?

My vocal coach is a legend of Soviet jazz Galina Filatova L. once on the class uttered the phrase: "The quick wave of a thought".
For me it was she – thought - it captures both audio and image. I can walk in St. Petersburg and hanging out, looking at the waving emerald green tissue scaffolding. For me, the moment it can be and the sea, which is very long, and the folds of thin skin of a friend who takes everything to heart, and so much more. But if we are talking about heart, it's definitely not only feels but thinks. His thoughts often sound.

- What are the next goals you set for yourself? And what's more important - the movement towards one goal or the art of small steps?

- Of course, I want to be heard, and therefore, the main goal is to see the release to their audience. In solo concerts, festivals, interviews... And how will this movement towards rapid or slow-true, only time will tell. I believe in her. Therefore, more important to me rather the art of small steps and the art of small joys, the accomplishments on the way to something big and important. 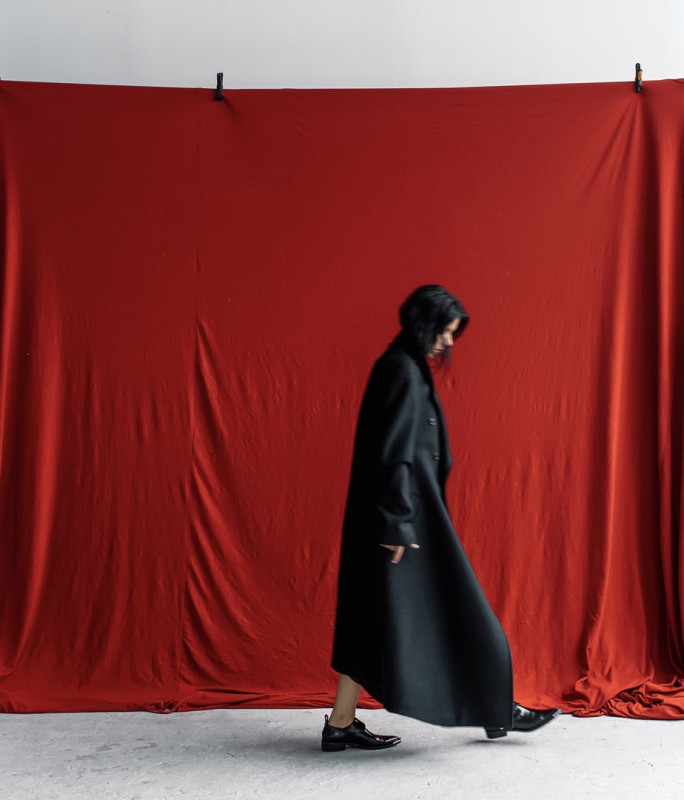 - Live concert - always a dialogue with the listener. The conversation or spectacular show - which format do you prefer?

- In fact, I would not oppose a bold show and good conversation. I like the viewer was lucky a couple of times to visit on a great live show that truly touched. Of the last - Jack Garratt and Kamasi Washington. This is probably a question of organic matter - when the stage effects only complement the meaning of what is happening and not distract from the main. Sometimes Vice versa, in the chamber atmosphere of dialogue doesn't happen. I prefer - to be close, regardless of concert formats.

The concert industry is slowly waking up, and I know that you already can not wait to go on stage. Tell me, where and how will it be?

- Oh, Yes! I do miss my team, to rehearsals and, of course, the audience. So looking forward to our next meeting at my concert on August 28 at "the Depot". It is symbolic that this will be the last weekend of summer, for which we musicians still have time to play. Will sound and songs from my debut's album "left Heart" and the English-language cover versions of songs from my playlist.

For each of the songs has the personality of the author. And does it happen when it sounds in contrast with his character?

- I think so. Music is not always autobiographical, it is, rather, "autobiography" feelings, sensations, memories. Deeply personal, but still shaped.
May the example and not the song, but is very close to me. In many works of Tchaikovsky, which the French governess Fanny for the special vulnerability and fragility nicknamed the "glass boy", I can hear such strength of spirit, such a character!
The personality of the author hardly to the end will be transparent and understandable to the listener. And sometimes he himself. 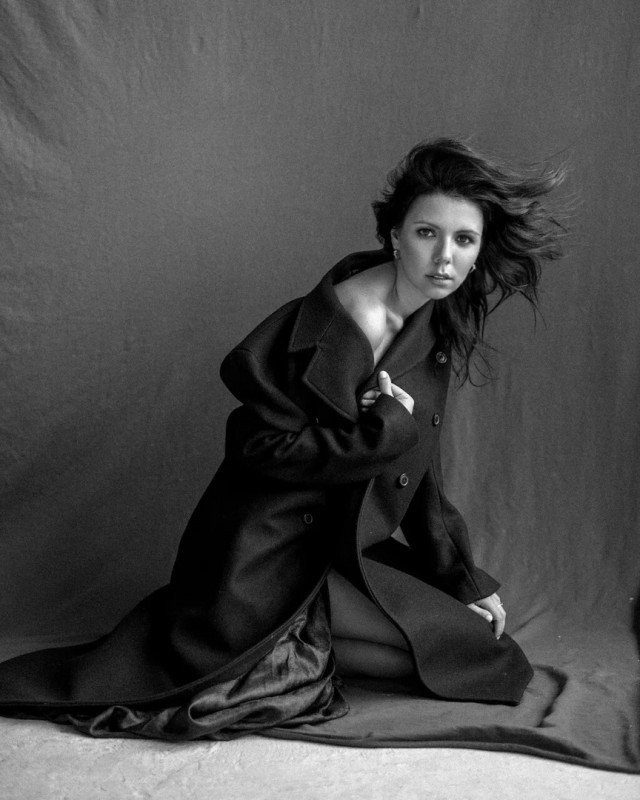 - Is there a distinction between the real you and the image that you create on stage?

- Jim Morrison seems to have said: "If you've got a way - the fear disappears". For me the image is a real opportunity to be on stage open and vulnerable, to honestly share how I "survive" this life. The line is invisible, but it is. Surprisingly, it was the imagery of the expression of their musical thoughts and gives you the opportunity to be myself - to look at yourself from the side or straight in the eye.

Mainstream is the definition of a plus sign or a minus? I would like for you to be in trend?

I want to be in demand. And the mainstream is not bad and not good, it's the natural course of life. Every period of time formed its leading direction, and if a large number of people find themselves in it - great. If my songs were also heard and loved, I would be only happy. For me music is wider than any genre and any other framework. So I'm not trying to define a clear place "on the shelf" music store and the world, and just want to get.