Concert PNEUMOCOLON: the day when he took off his hood 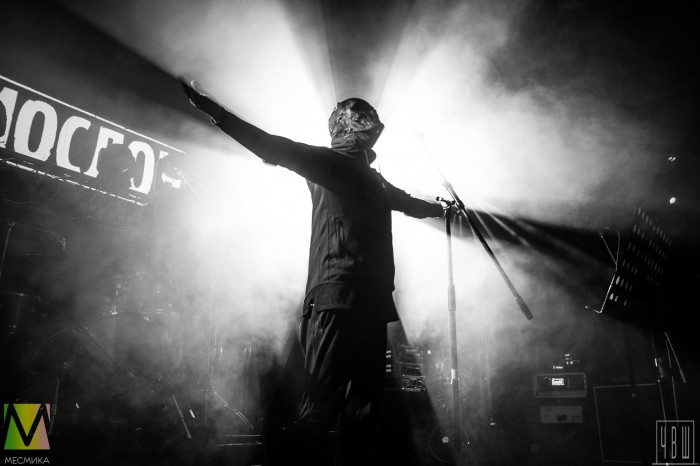 Three letters P on stage. The video with the Bouncing elephant. ZENIT ULTRAS, singing on stage, a huge amount of light and a powerful loud sound; filled with "Astronaut" and the atmosphere desire to sing everything that I am in ordinary life; people who know almost all the songs of the man in the mask and the man from Krasnodar; the fire and storm of emotions. All of this is a brief description of what looked like the debut concert of Pneumosan in Saint-Petersburg.

Probably, every person has two natures - good and bad, kind and evil, positive and negative. Creator of the project Pneumocolon and Creator of the project Neuronano Theophanes is one and the same person, and if he sings about the good, drama, and light Russia, Pneumocolon is the opposite direction of our life. Tough, cynical, ironic, but still very true, from which at least makes you want to turn away, but to make it not so just because something in this set of crazy tracks will most likely be true. And the Astronaut we saw the back side of Theophanes.

The announcement of the concert said "Pneumosan side project of Theophanes from the glorious city of St. Petersburg, playing music in the style of hipcar. We are going to do in Russia for fun. Again! You do not happy? Problems of bulk, like a snowball? The black strip seems endless, and you want to talk about it? Pneumocolon ready to talk about it with you and for you! Pneumocolon reveals all the vices of mankind: quickly, efficiently, expensive. All of what you're thinking every day, but still was afraid to say, now all the headphones and speakers. It is the same as you. He's one of us. He will guide us through Trudolyubov to a brighter future with the help of (not)healthy cynicism, sarcasm and black humor. Nothing and nobody can escape from his critical eyes. Nobody ever endured before dirty linen in public each of our vast country."

It would seem that this is another project with some Mat and how bad it is, but it is not so. The level of irony in the songs truly reflect reality, and probably everyone will be able to recognize themselves in one of the tracks. One by one the crowd was screaming for such hits as "domestic Violence", "If I could, [stole], I'm lazy [person]", "Waving [the sexual organs] of alcohol in the pit" and many others.

In addition, Pneumocolon asked a serious level for their concerts. Despite the fact that the music was done with the help of programs to create tracks on stage were 2 trumpeter, drummer, guitarists - so it was a LIVE SET that gave a special life and a new sound to the songs and live musical instruments is great!

Of course, given that Saint-Petersburg is native city for Pneumology, the performance was even more striking. A modified version of the song "domestic Violence" included lines about Petersburg club ZENIT, and to complete the drive came on the scene fans of the ZENIT ULTRAS, showing their love for their club and drive that shines from the fans. By the way, during their speeches in the hall lit several flares - just like in a football stadium.

However, there are Pneumoslide that are accustomed to observe in Feofan the voice and manner of concert conversations with the audience and eyeliner to the songs and the music that played during the launch of people before the concert. However, maybe it's for the best.

May 6 Saint Petersburg saw the first concert of a new live performer. It is very important that these concerts happen, because the diversity in life and in music should be.

Team Musmeci congratulates the group from the first performances, before Pneumocolon had a concert may 5 in Moscow, and wants this project developed. Because it was really cool.